With phones, laptops, and audio devices all beginning to switch to USB Type-C, there's never been a better time to pick up batteries and chargers. However, there are an awful lot out there, and it can get difficult to choose between them. We've rounded up our favorites, along with some other accessories that we think you might like, into this list for your perusal.

No matter how good the battery life on your phone/tablet/laptop is, there will always be situations in which you get anxious about whether or not it'll stay alive until you have access to a charger. For this reason, we've selected some of our favorite ones on the market so that you're never stranded without power. These are all certified for USB Type-C Power Delivery, as that's the fast charging method that most devices out there use nowadays. 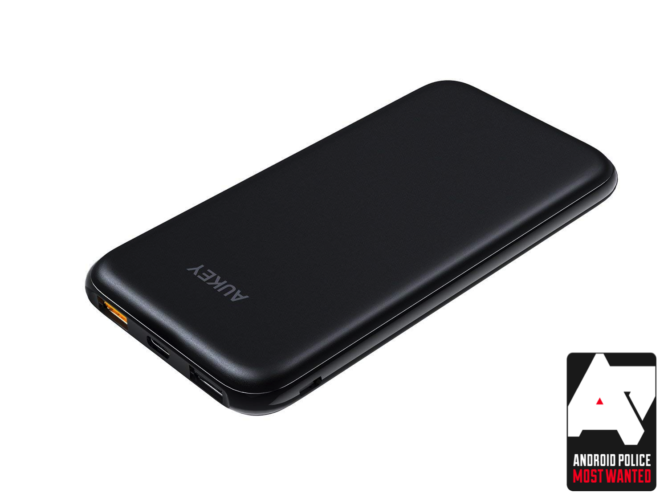 In general, Power Delivery is mostly found in larger, more expensive batteries, but AUKEY has managed to jam the tech into a 10,000mAh battery that's pretty affordable. Its USB-C 18W output means that it should be able to charge your PD-equipped phone at full speed, though it might struggle with things like laptops. It also features a Qualcomm Quick Charge 3.0 port, as well as a standard 5V/2.4A USB-A port.

At $29.99, this 10,000mAh offering was the cheapest I could find online from a reputable company and with great reviews. It is worth noting that you can only have your USB-C device plugged in if you want that full 18W Power Delivery, but such compromises are inevitable at this price point. 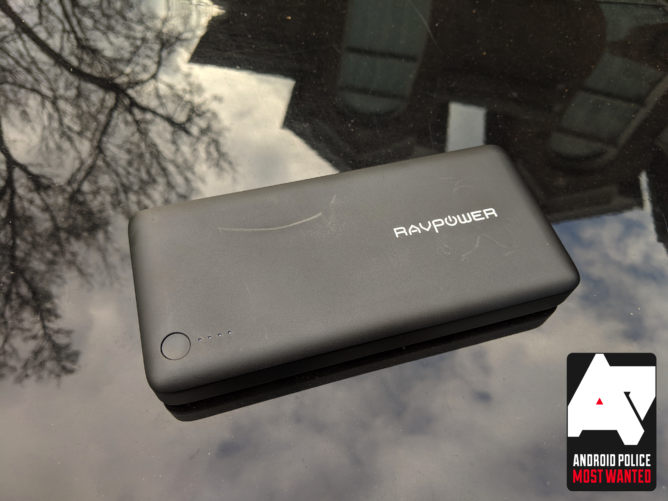 RAVPower's 26800 PD may be more your speed if you need some more power and more capacity. As the name suggests, it has a beefy 26,800mAh, as well as USB-C PD. This battery supports 30W over PD, which is more than enough to charge your phone and even keep your laptop slowly charging while you use it. Unfortunately, it doesn't have any Quick Charge 3.0 ports; both of the USB-A ports are rated at 5V/2.4A.

My only real qualm with this battery is the build. RAVPower claims that its matte plastic finish is scratch-resistant, but I honestly have no idea where that claim comes from. I've had two of these, and both have gotten scratched up in a few days. That being said, most people won't care about what their battery looks like. 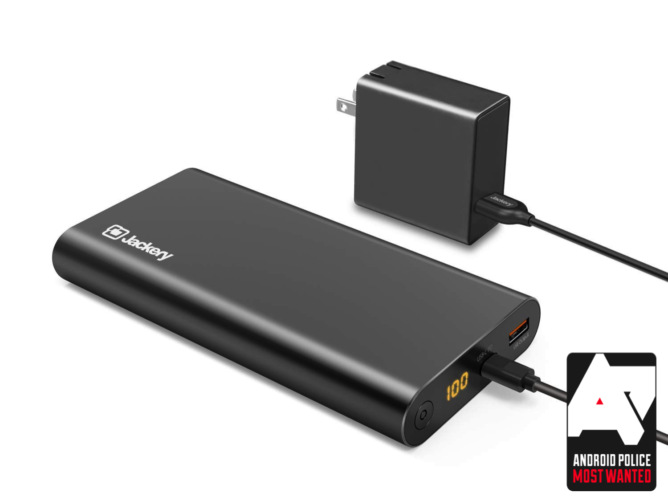 Jackery isn't as popular a name as most of the manufacturers on here, but its Supercharge 26800 PD battery offers incredible bang for the buck and has great reviews. What differentiates it from other 26,800mAh batteries on Amazon — and believe me, there are a ton — is its 45W USB-C PD output. The only other output is a standard 5V/3A USB-A port, but the digital battery percentage display makes up for that. This is something that more batteries should really have; the 4-6 LEDs are a bit cryptic. The metal build is nice as well.

At $119.99 (with an included 45W wall charger), this is an incredible value. It's worth noting that Amazon reviewers have found the output to be closer to 40-41W, but that's still nothing to scoff at. If you only charge your phone with this, it's going to be overkill, but those with laptops will find this rather useful.

We've procured an exclusive discount for AP readers - use code SUPER268 at checkout to drop the price to $89.99. That's a screaming deal for this battery. 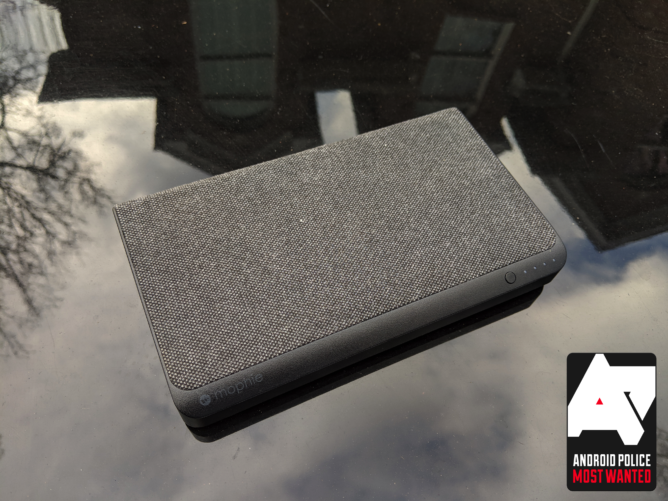 If you've got a bunch of money to blow, Mophie's Powerstation AC is something you should check out. Yes, it's much pricer than 99% of the batteries on the market, but it's simply sublime. The battery is wrapped in fabric, which is, in my opinion, the perfect material - it's durable and feels amazing in the hand. The AC plug is rated at 100W and 100V, which means that you'll be able to charge even a 15" MacBook Pro at full speed with ease. There's also a 30W USB-C PD output, as well as a standard 5V/2.4A USB-A port. Capacity is a bit low at 22,000mAh, admittedly, but if money is no object, this is the battery to have.

Alternatively, if you don't need an AC outlet on your battery, Mophie's Powerstation USB-C 3XL is also fantastic. It trades the outlet for a 45W USB-C output, as well as an increase in capacity to 26,000mAh. It's nearly identical on the outside, but it's smaller in size; that AC outlet must take up a whole lot of space.

Both of these Powerstations have shocking MSRPs of $199.99, but right now, they've been discounted to $139.95 on Mophie's site. In the event that you're seeing this after this deal expires, I'd recommend waiting for a similar discount before jumping on either. You'll have to pony up for them, but these are some of the best batteries out there.

Batteries are great to have around, but it's just as important to have a powerful charger. Here, we outline several good options for wall bricks, depending on your budget and what ports you need. 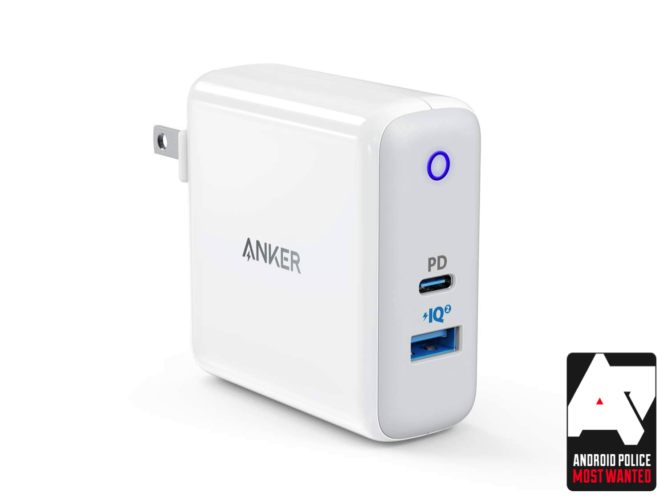 If all you're after is a basic, simple-looking charger that'll get the job done, Anker's PowerPort II is something that you should consider. The 30W USB-C PD output will charge any Power Delivery phone at full speed, and it'll be adequate for most laptops, if a bit slow. There's also a USB-A port that tops out at 19.5W for your other devices. The blue LED up front is a nice touch, allowing you to make sure the PowerPort II is getting power from the wall. Overall, this is a great little charger if you don't have many devices and don't need anything too powerful.

The PowerPort II ordinarily costs $29.99, but the white color drops to $22.99 with our exclusive discount code POLICEW2. This discount will be valid until November 27th. 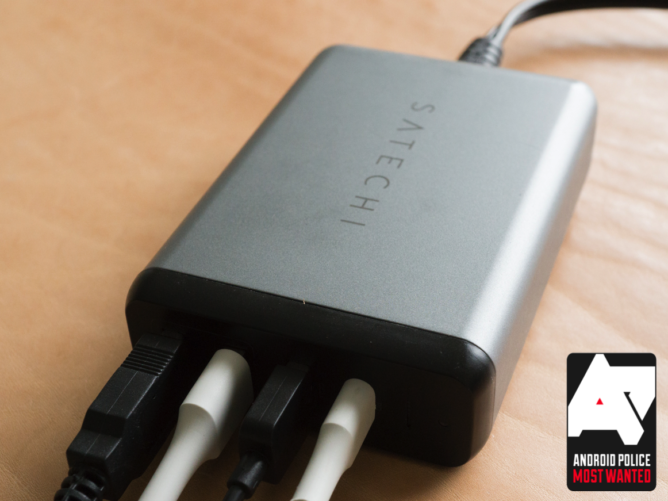 With the 75W Travel Charger, Satechi has created a charger that is high-end both inside and out. The compact aluminum exterior is easy on the eyes, and the color's a great match for Apple's attractive Space Gray color. The internals are quite powerful, too; the USB-C port outputs a whopping 60W, enough for basically anything other than Apple's 15" MacBook Pro. The other three ports are all USB-A, with one being Quick Charge 3.0-certified. There's also a small LED up front.

If it were up to us, this charger would have at least one more USB-C port, but otherwise, it's basically perfect. At $59.99, it's reasonably priced, too. 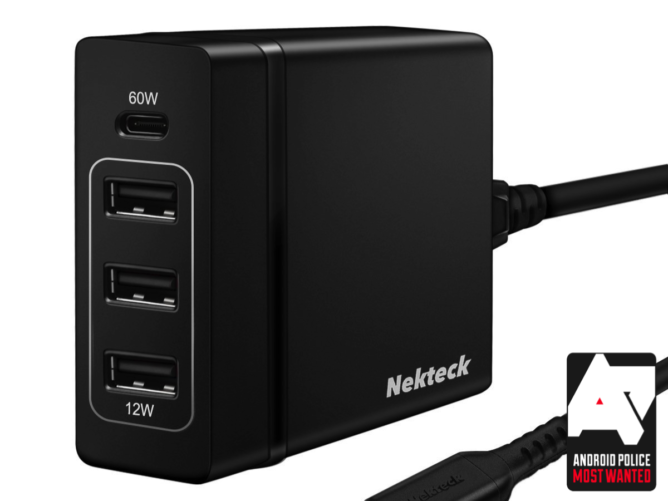 We recommended the Satechi because it's a great charger both inside and out, but if you're willing to make some sacrifices in the design department, this offering from Nekteck is pretty enticing. The exterior is just black plastic, but the insides are almost the same as the Satechi's. It, too, has a 60W USB-C PD output and three USB-A ports, though none of the USB-A ports support Quick Charge 3.0 like the Satechi does. There's also no LED on board. I was suspicious of reliability issues with this charger given the strangely low price, but the reviews are about on par with the Satechi's on Amazon.

The Nekteck is certainly better value for money, though it's not nearly as good-looking and none of its ports support Quick Charge 3.0. If neither of those drawbacks matter to you, we're sure you'll be happy with what it offers for just $35.99, a full $24 less than the Satechi.

This is a miscellaneous section of some other charging devices we think are worth consideration that don't fall under any of the previous categories. 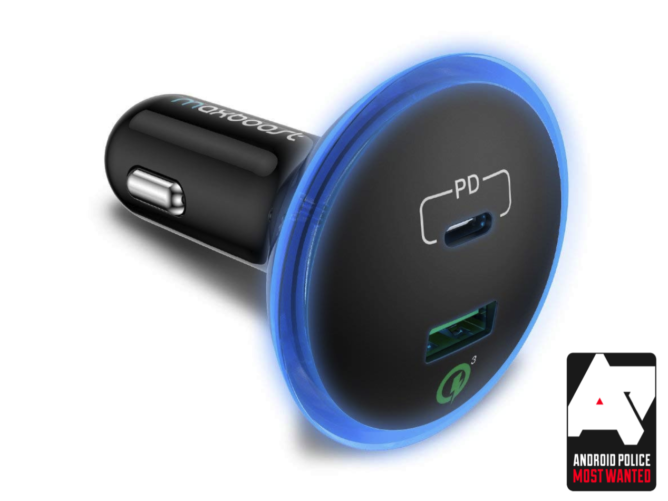 The days of slow, poorly-made car chargers are over. It seems like every single car charger on the market now has either USB Type-C Power Delivery or Qualcomm Quick Charge 3.0 on board, but we think we've found the best option yet: Maxboost's 63W car charger. It features both USB-C PD (at a very powerful 45W) and Quick Charge 3.0, all packaged into a decent-looking body. There's also a blue ring around the perimeter of the front that illuminates when the charger is plugged in, adding a bit of wow factor.

Best of all, this thing is only $24.99. If you're still using an old car charger with no fast charging tech on board, it may be time to upgrade. 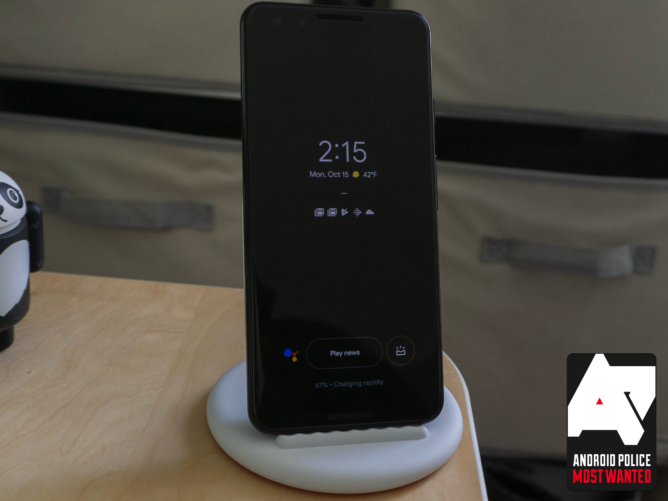 Yes, the Pixel Stand is overpriced at $79, but it's currently the only way to get fast 10W wireless charging on the Pixel 3 and Pixel 3 XL. So if you own one of Google's latest and greatest phones, this is basically the only wireless charger that you should buy. It also has Assistant features unique to it, such as always-on listening and buttons to read your messages or the news.

Third-party 10W chargers with Google's blessings will debut soon, though the only one we've seen so far is the Belkin BOOST UP at $59.99. However, the BOOST UP isn't a stand, just a boring old pad, and it also doesn't have the Pixel Stand's Assistant features. At that point, you may as well pony up the extra $20 for the Pixel Stand. This recommendation is more forced than anything thanks to Google's charging restrictions (which neither Samsung nor Apple has), but it's worth a mention. If you got a $50 Google Store credit for pre-ordering your Pixel 3, this is probably what it should go towards.

The Pixel Stand is only $39.99 at Best Buy for Black Friday. Pick one up while it's somewhat reasonably priced! 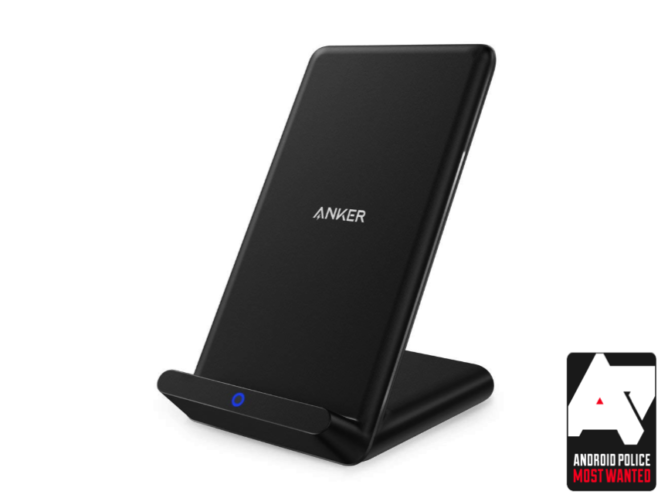 This stand is $19.99 on Amazon, though a $2 discount can be applied right from the listing page.

That's all we've got! Hopefully, this guide helped you narrow down what charging accessories to buy. If it did, make sure to smash that like button and hit that subscr... wait, this isn't YouTube.

Best Android games of 2018 for your new phone, tablet, or Chromebook