Day after day, more devices join the Pie slice of the Android version distribution pie, and today's addition is the Android One-toting Xiaomi Mi A1. Well, to be frank, we're not really sure if the update is rolling out correctly, has been pulled, or what, because reports are quite contradictory.

The stable version's rollout seems to either be a mistake or a rushed affair, as the first beta was only released on December 5. That means Xiaomi only took 5-6 days to move it to stable, a questionable timeline. But not so weird when you consider that the same happened with the Mi A2 Lite's Pie update a few weeks ago and that, just like then, the A1's stable version OTA weighs exactly the same as its beta, 1074.9MB. That is odd, and the fact that it happened twice in a row with Xiaomi is odder. 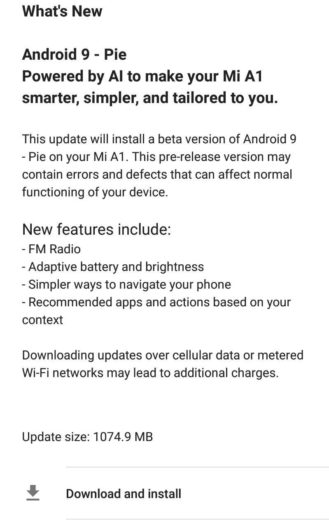 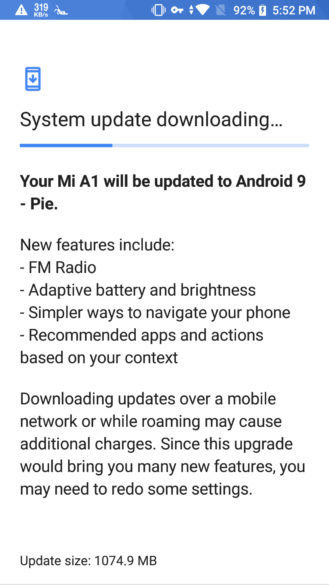 As expected, users are confused. Those who got the update are happy they finally have Pie though they're not sure if their version is buggy or not. Those who didn't want it very badly. Some have managed to force it by VPNing to the Netherlands, others have contacted Xiaomi support and got contradictory answers: not rolled out, rolling out in batches, rolled out but halted and rolled back. Take your pick.

If you own a Mi A1 and really can't wait to have Pie, even at the risk of burning your hands with a buggy beta release straight out of the oven, then you can follow the VPN steps but make sure you know what you're doing. If not, I suggest you wait until a proper stable version shows up, likely weighing something other than 1074.9MB.

You may want to hold off on jumping through any of those VPN hoops in an effort to force the update, as we're now learning of a potentially severe consequence following its installation. Users have reported their phones losing access to critical LTE bands upon updating to this Pie release.

It's not yet clear exactly why this is happening, and it's possible some users are getting radio updates intended for other regions, but until this is worked out — and if 4G speeds are important to you — you might want to shy away from the Mi A1's Pie update

The update appears to be rolling out again to Mi A1 owners globally. However, it still seems to have issues with certain LTE bands, so it's not clear if anything has been fixed from the previous build. The new package has the same 1074.MB file size. 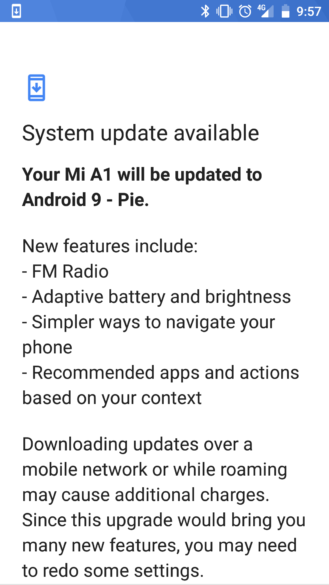 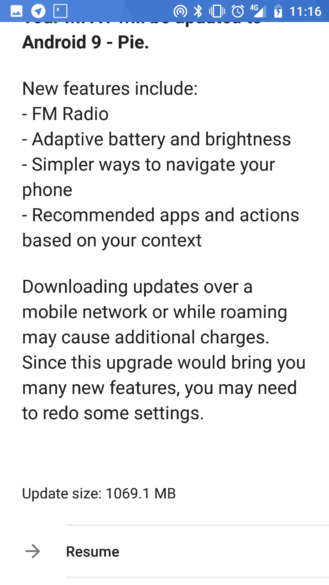 Forget the yule log: Watch our Nexus 5X bootloop all day for some holiday cheer