Even with increased competition from Nokia, Motorola's G-series phones are still a great value in the United States. Right now, you can get the 64GB Moto G6 for just $229.99 on Amazon. If you're willing to put up with Amazon bloatware, the Prime Exclusive version has dropped to $199.99.

Both versions of the Moto G6 have a Snapdragon 450 processor, 64GB of internal storage (with microSD card support), 4GB of RAM, a 5.7-inch 1080p IPS display, and a 3,000mAh battery. Two 12MP cameras are on the back, and two 5MP cameras are on the front. The Moto G6 also has a headphone jack — you can't take that for granted these days. 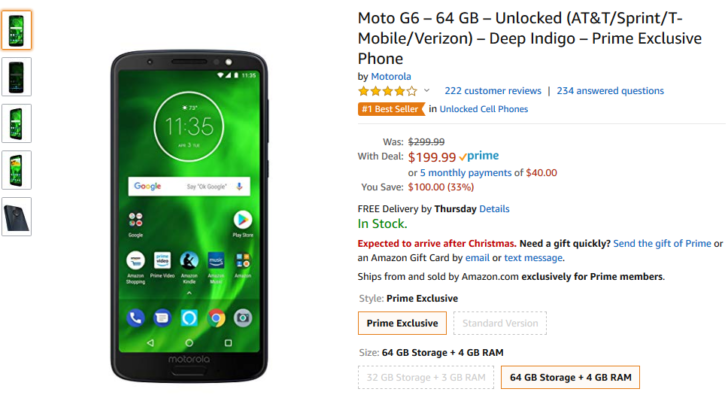 The phones ship with Android 8.0 Oreo, but an update to Android 9 Pie is planned. Going by Motorola's usual track record for updates, you'll probably be waiting a while for Pie. On the bright side, the Moto G6 works with all major networks in the U.S. — even Verizon and Sprint. You can buy both models at the links below.

Forget the yule log: Watch our Nexus 5X bootloop all day for some holiday cheer