Since Sennheiser is pretty late to the true wireless game, you would hope its engineers have taken their time to craft something superior to the many rival products already on the market. As it turns out, that’s not far from the truth. The Momentum True Wireless aren’t perfect, but they’re about as close as you can get in this category and most importantly, they sound superb. 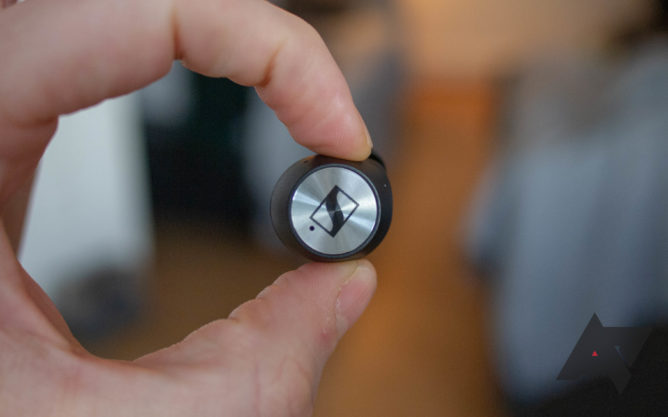 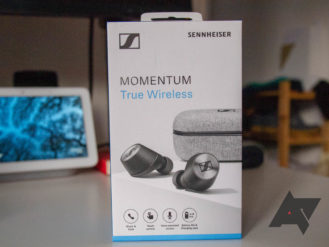 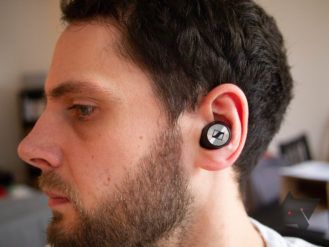 Sennheiser products are usually well put together without being that aesthetically pleasing, and I’d say the Momentum True Wireless continue this tradition. Looks are subjective, of course, but I don’t think these will be winning any awards. The housing is made of plastic, and while you could expect more for such a hefty price tag, this does ensure they are light and comfortable. They’re bulkier than other earbuds I’ve tested, but you don't really notice while wearing them, and I’m reassured that people can see I have something in my ears rather than think I’m ignoring them. 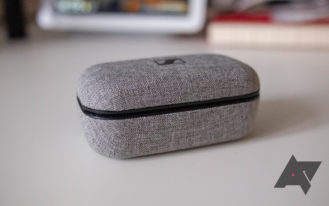 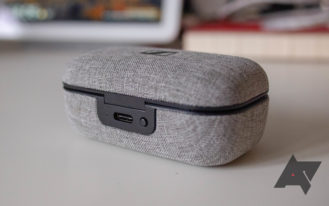 If the earbuds themselves are uninspiring, the case makes up for it somewhat. The fabric covering is right out of Google’s design playbook and is nice to handle. The magnets keep the lid firmly shut and there’s a small button on the back you can press to see the LED light up, with traffic light colors indicating battery level. It’s not the smallest case around, but it’s not so big as to cause much annoyance. USB Type-C rounds out the case’s features, for added convenience. In the box, there are three spare pairs of silicone earbuds and a small USB-A to C charging cable — you don't get any of the presentation luxuries you’ll find in the similarly-priced Master & Dynamic MW07 packaging, though. 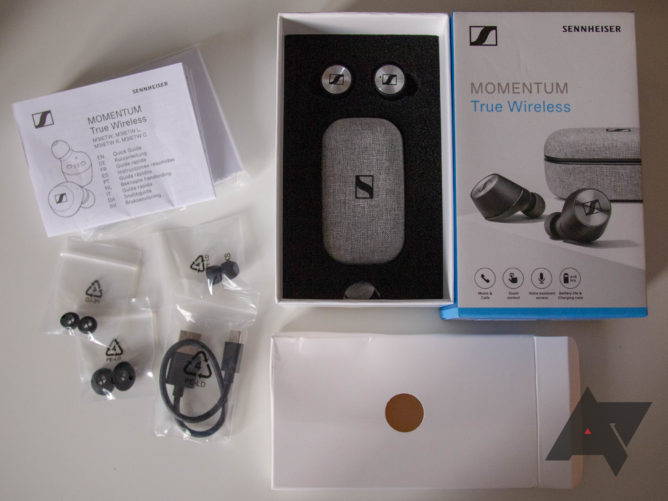 Audio is the name of the main game here, and the Momentum True Wireless do not disappoint. They produce warm, punchy bass, clean highs, and plenty of detail — essentially the balanced audio performance we’ve come to expect from Sennheiser. Of all the true wireless earbuds I’ve tried, only the Master & Dynamic pair rival Sennheiser for sound quality, particularly when it comes to the low end. It’s hard to say which is definitively better — that may well come down to personal preference anyway. If you want to tweak the sound profile, you can do so in the app’s equalizer. This will be remembered when you switch between devices, too. The app can be a little unstable at times, but also offers an audio transparency toggle, individual battery percentages, and access to settings such as pausing when taking one earbud out.

Connectivity issues often let wireless headphones down, but not in this case. I encountered only the odd dropout, with Bluetooth 5.0 doing its job well. Audio/visual sync was perfect when watching videos, although there was a slight lag when playing games, particularly noticeable during Alto’s Odyssey to my frustration. The touch controls are also disappointing. Like similar products, the Momentum True Wireless have one touch area on each earbud. Holding down on the left or right unit alters the volume, while single and double taps are for playing/pausing, skipping tracks, and using Google Assistant. Touch controls are never completely accurate, and easy to engage accidentally, to the point where I’d be much happier with physical buttons. This is something most earbud makers get wrong, though, so this shouldn’t count against Sennheiser substantially. Call quality is another area where these do not excel, but they're at least on a par with others I’ve used. 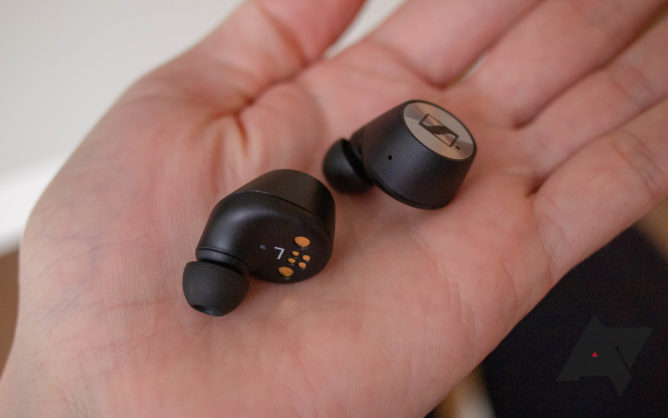 In terms of other features, high-quality audio codecs such as AptX and AAC are supported, but there’s only an IPX4 rating (splash proof), so you might not want to wear them for vigorous workouts. There’s no active noise cancellation, but the seal is pretty good once you find the right tips. Battery life is advertised as 4 hours, although I didn’t reach quite that in my testing — usually around 3.5-3.75 hours. Even if you did get the full quota, there are other models that can easily beat it. Sennheiser promises “all day use” with the case, but in reality, it only offers two further full charges and what are you supposed to do while they're being topped up? 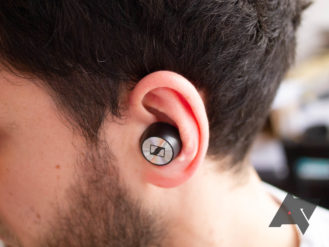 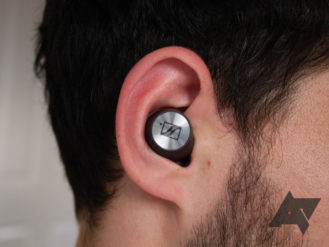 Yes. The $299.95 price tag elevates them to luxury status, but if you’re looking for best-in-class sound and aren’t put off by the cost, the Sennheiser Momentum True Wireless are the way to go. They may not be the smallest, they don’t have the longest lasting battery, and they aren’t the prettiest, but they do enough in each area to be considered a fine choice overall. The Jabra Elite 65T are cheaper and have better battery life, but the audio quality just isn’t on the same level. Sennheiser took their time with the Momentum True Wireless and it shows. 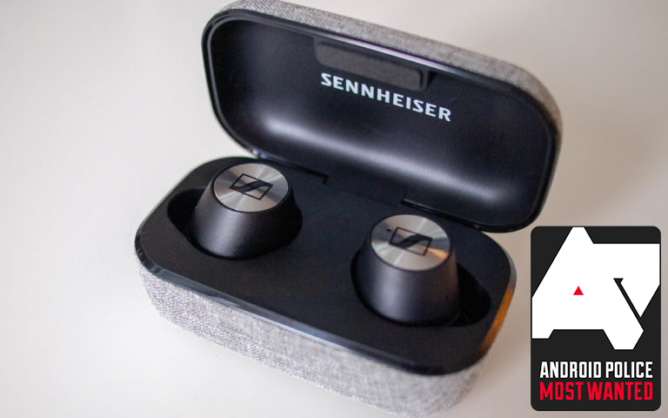 Weekend poll: Do you buy phones as gifts?