ThinkPad laptops have been popular for over two decades, and the ThinkPad name is well-known. Lenovo has tried several times to use the brand for products other than laptops, like Android tablets, with mixed results. Now the company has introduced a pair of ThinkPad-inspired Bluetooth earbuds — the 'Thinkplus Pods One'.

According to a translated version of the product page, the earbuds feature IPx5 water protection, a two-tone design, three included earplugs, a 10-hour battery life, and Bluetooth 5.0 support. The earbuds are available in two variations: black with red accents, or red with black accents. Other than the logo on the side, there's nothing that connects these earbuds with the ThinkPad lineup of computers — not even a ThinkPad tracking nipple. 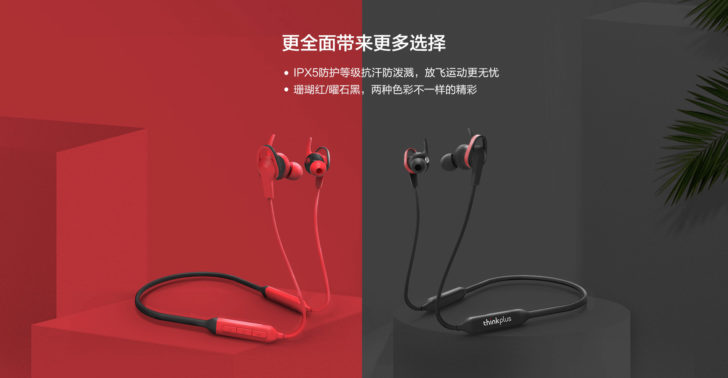 The Thinkplus Pods One appears to only be available in China, where it costs 299 Yuan, or about 43.29 USD. There's no telling when (or if) the headphones will launch in other countries.