All I know about Hockey is that it's like football (the real one), but with pucks and sticks and skates, plus the players smash into each other way too often. If you know more about the game and follow NHL teams or the entire league, then you'd be happy to know you can now do so on your Android TV device as well.

The official NHL app has been updated to add support for Android TV. According to The Streamable, the app lets you watch multiple games at the same time, pause and rewind, choose camera angles, and more without having to use the Chromecasting functionality from your phone. You'll need a paid NHL subscription to watch the games, and you're limited to out-of-market games only, but if you're already using the app on your phone, you probably know that already.

WHAT'S NEW
We welcome the initial release of the NHL.TV™ app to AndroidTV users. Subscribe to NHL.TV™; to watch out-of-market games live or on demand.

You can grab the NHL app directly from the Play Store on your Android TV device, or by downloading the file from APK Mirror and installing it manually. 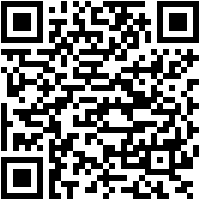 23 temporarily free and 89 on-sale apps and games for Friday, including titles from Square Enix ...

Google Assistant might come to Samsung smart TVs in 2019