Did you lock the door? Are you sure? The only way to be positive is to go and check, and walking is such a hassle. A smart lock like the one offered by August can fix that. It's on sale today on Amazon for $99.99, which is $50 less than MSRP.

The August lock is unique among smart door locks because it doesn't replace your existing deadbolt. It just attaches on top of the lock to open it manually when triggered. That makes installation much easier, and your existing keys still work normally if you don't want to mess around with the lock. 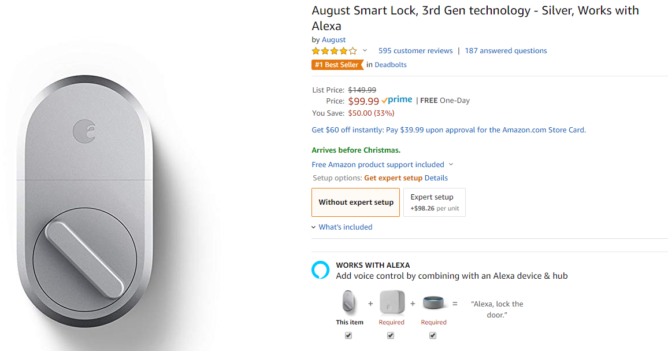 This is the third-gen August, which only works via Bluetooth. The Pro version adds z-wave, but you can get the $67 WiFi bridge for true remote access on the non-Pro. The bridge also allows for Alexa, Assistant, and Siri support. The $99.99 sale has popped up a few times, though it doesn't tend to last long. The lock usually hovers around $130 but does occasionally hit the full $150 price. Either way, this is a good deal.

Anker's Soundcore Bluetooth speakers, earbuds, and headphones are up to $30 off today on Amazon

Pixel 3's Top Shot can choose a better photo than the one you took, and here's how it works