But does it really deserve so much hate? There are certainly some compromises and problems, but when you start to consider that the W7 also comes with solutions for some of the common complaints about smartwatches, it might have some potential. I've been using the Watch W7 for a little while and I think there's actually a lot to like about this thing. With some refinements, it might be the start of something good.

The W7 comes in one configuration: A stainless steel body topped by a glossy black bezel with silver numbering. The right side offers a digital crown flanked by a pair of steel buttons. Just under the glass is a ring of tick marks circling an LCD display, and the two silver hands with white accents are mounted at the center. 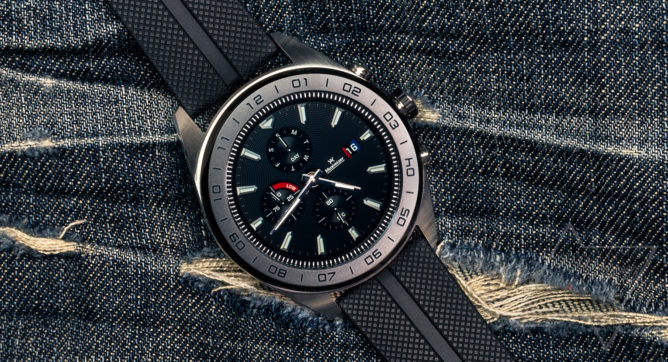 In the grand world of wristwatches, the W7 looks perfectly average. It's not as artful as a Breitling or flashy like a Diesel, it just looks like a standard watch from one of a dozen brands you could pick up from Macy's for about $100.

But that's the highlight of the W7 — not because it's a particularly beautiful smartwatch, but because it doesn't look like a smartwatch. Average people have seen enough of these things from Apple, Huawei, and LG; they can spot a tiny screen strapped to a wrist from a mile away. But thanks to those two hands, the W7 allows you to wear a smartwatch without revealing your nerd card.

The W7 footprint places it firmly as a mens watch. The added thickness of mechanical hands makes it slightly thicker than the venerable first-gen Huawei Watch, but still thinner than monsters like the LG Watch Sport. However, the layered design, curves, and use of black in the bezel make it look much thinner. 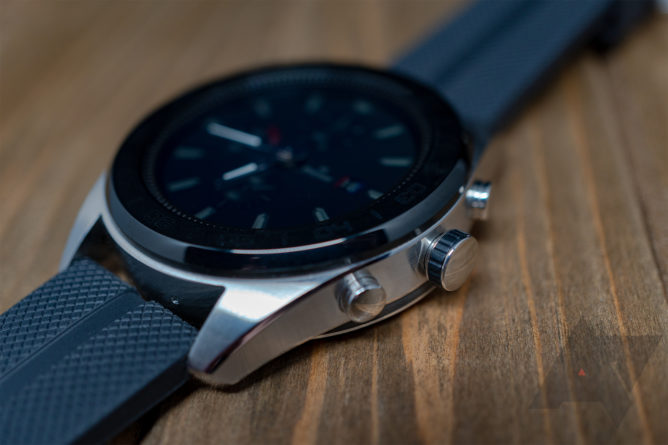 The crown and buttons feel good to press and they're perfectly silent. I was a fan of the rotating crown when it first appeared on the LG Watch Sport. Unfortunately, the W7's crown is a little harder to grip and doesn't move as smoothly. It's not bad, it's just a letdown compared to the Sport.

Screen quality isn't super sharp at ~300ppi, but it's good enough. More importantly, the viewing angles are great, which isn't surprising since it's an LCD display inset a bit under the glass.

A pair of silicone straps are included with the W7, but as we've learned from almost every smartwatch in the past, these will make you want to buy something better fairly soon. They're replaceable, so take advantage of that fact and spend a few bucks to get something better. 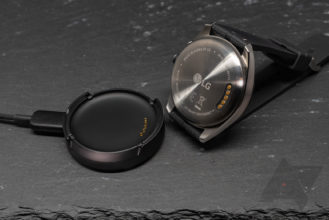 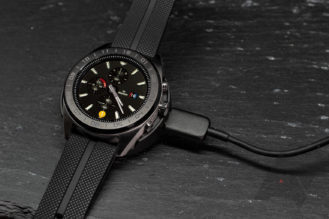 With so many OEMs doing a bad job with chargers, we have to talk about them. LG chose POGO pins again, but gave up magnets. The W7 clicks into the plastic cradle with a little force, and once it's in, there's enough resistance to ensure it can't easily fall out or get knocked free. I appreciate that it's easy to line up and the watch doesn't come free too easily. My only nitpick is that the orientation puts the digital crown directly above the power cable, which makes it a little awkward to use. Oh, and the charger is USB Type-C. Yay!

And finally, let's take a moment to acknowledge what's missing: Speakers, heart rate sensor, ambient light meter, NFC, GPS, and LTE. I'm fine skipping GPS and LTE, I even prefer it for this watch. But the rest of these mean Google Fit is crippled, brightness doesn't adjust with surroundings, Google Pay becomes useless, and without a speaker, Google Assistant is a joke. Basically everything cool from the last 3 years has been thrown out.

There are ten stock watch faces available out of the box and most of them offer a pretty extensive array of customizations. Unfortunately, most of them are pretty ugly.

What's obviously unique about the stock faces is that they don't display on-screen hands. I've tried using third-party watch faces, but they look strange with on-screen hands, especially for the brief moments when the on-screen hands move first and then the physical hands catch up. 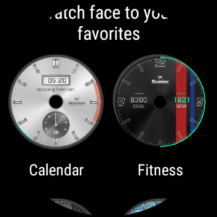 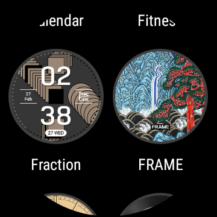 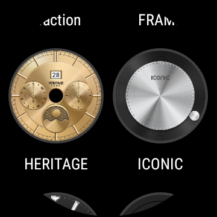 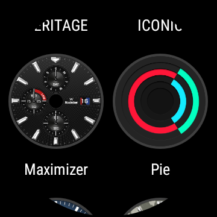 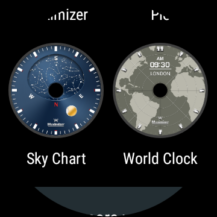 Developers can easily add support for mechanical hands in a couple lines of code, but I'm doubtful that will happen without more watches like this. Google and LG should have added this to the Wear OS SDK a long time ago, just like notch support in Android P coming ahead of many phones.

In terms of battery life, I've consistently hit 48 hours with ambient display turned off. I think this is pretty solid for the small-ish battery, and seeing as I don't need to turn on the screen to see the time, I'm less likely to wake the display.

LG also attempted to address the complaint that smartwatches are useless once the battery dies. The W7 has a special mode called "Just Watch" where everything is shut off except the hands. In this mode, a few minutes of regular battery life can last a few days running just the hands.

We have to take a moment to discuss the elephant in the room. The W7 uses a Snapdragon 2100 chip rather than the recently launched 3100 chip that promises higher performance and significantly better battery life. Here at Android Police, we've basically stopped reviewing or recommending new 2100-based watches (unless they're absurdly discounted or have something very unique about them—ahem).

I haven't personally used the 3100, but reviewers of the Fossil Sport seem to think those claims of speed and battery savings have been exaggerated. Software updates may improve the 3100 someday, but until that happens, it doesn't sound appreciably better than the 2100.

LG has been adamant that development of the W7 began so long before the 3100 was available, changing chips wasn't an option. On the one hand, the W7 is matching the Fossil Sport battery life with a much smaller battery, and performance is fine. On the other hand, the choice to use a 2100 has been one of the top criticisms, and it could have been avoided if LG had taken the hit and waited a few more months. 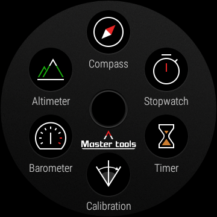 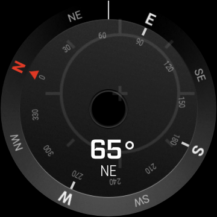 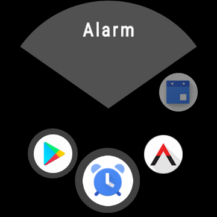 The W7 comes with most of the same software that you'll find on Wear watches, but it does feature a slightly different app launcher that rotates icons around a circle and places the app names at the top. There's really not much to say here, it's just a different look and orientation than the standard launcher.

There's also a new app called Master Tools that includes several mini-tools, including: Altimeter, Barometer, Compass, Stopwatch, and Timer. These are exactly like any app you might find in the Play Store, except LG takes control of the hands and uses them like a pointer within the app. For example, the compass keeps the hands pointed north. It's a fine trick, and it keeps the hands out of the way, but I'm not sure if it's all that useful.

Using a smartwatch with hands

Sticking a pair of hands in front of a screen, the most important part of a smartwatch, seems like a terrible decision. But I must admit, after using them for a while, the hands don't really bother me, and I definitely like them overall. They're not for everybody, but I think LG might be onto something.

I know it sounds silly, but I love those little glints of light.

Look, wristwatches are jewelry. They may be functional, but aesthetics justify the hundreds and thousands of dollars people spend to put a clock on their wrist. There's something about beautiful watch faces, an elegantly engineered case, and those glints of light from the tiny polished metal hands. I know it sounds silly, but I love those little glints of light.

A watch is also instant and simple. You can always see the time without whipping your wrist about to wake up a display.

What is the sacrifice? Basically, apps.

What is the sacrifice? Basically, apps. Smartwatches are already barely big enough for apps, and once you block even more of it, apps become virtually unusable. Is this actually a problem for you? If we're being honest, it probably isn't. I'm not saying there aren't people using apps on their watches, but they're in the minority.

Besides telling time, we also care about notifications, and that's where things get challenging. When a new notification comes in, those hands seem to always get in the way. LG wants you to hold down the top button to make the hands move to a neutral position as the screen slides up about a third of the way. It works, but it's awkward and unfriendly. If LG and Google could work out an implementation where the hands get out of the way whenever the watchface isn't visible, I would be happier.

Somewhat ironically, the hands can also interfere with telling time in dark settings. If the screen comes on while the lights are down, there's a visual effect where the backlit screen makes the hands much harder to see. 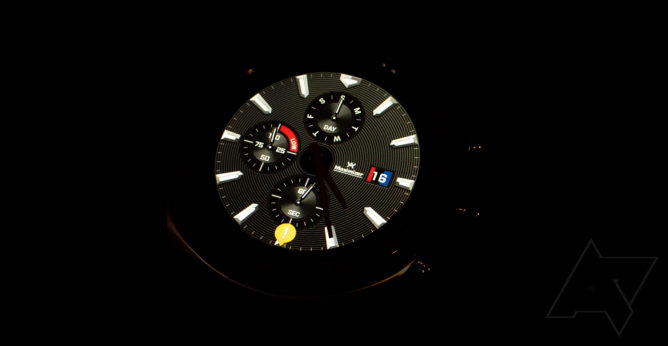 Critics and reviewers have shown no mercy to the W7. The hands get in the way, and the popular opinion is that this is an irredeemable design flaw that should be stopped in its tracks. Unfortunately, many reviewers had their words half-written before strapping the W7 on for the first time, and I have doubts that some of them wore it for any longer than it took to get pictures.

There's some real potential for hands on a smartwatch. LG certainly should refine the mechanics, and both LG and Google have to spend more time on the software, but this path could lead to a watch that truly offers the best of both worlds. I'd hate to see it abandoned because people rushed to form an opinion.

Maybe. I didn't expect to be saying this, but I genuinely like the W7. It finally unseat the Huawei Watch I've been wearing for so long. It looks good, does what I really need it to do, and I get to stop explaining that it's not an Apple Watch.

Is this the right smartwatch for everybody? Not a chance. It still deserves more fine-tuning on its own software, and there are more than a few hardware changes I would suggest before recommending this to too many people. But I actually would recommend this to some people. There's finally a smartwatch for the people that say, "I need it to be a watch first."

If you want the best looking Wear OS watch available, or really care about telling time at a glance.

If you really care about any of the missing or crippled features like heart rate tracking and Google Assistant, you use apps on your smartwatch a lot, or if you routinely get so many notifications that the hands will constantly be in the way.

Oh, and on the subject of price. There's no way I would even consider giving the thumbs up to this watch if it had remained at the originally announced $450 price... But now that it's available for as little as $220, I think it's actually quite reasonable.