The Google Play Store has been undergoing a major redesign over the past months. We've seen it (slooooowly) don a whiter color in many of its pages and spotted a new UI for reviews, but several screens remained untouched. That's changing now, as new darker accent colors are rolling out for each section, question cards are popping up when you leave a review, and a few other modifications are being tested.

Each section of the Play Store now has a darker color accent than it used to. Apps and Games have a more foresty green, Movies & TV get a more purple pink, Books a darker blue, and Music moved away from the flashy orange. The color accents have also been applied to most elements across the UI, but there are still a few remnants of the old colors. Another update should fix that. 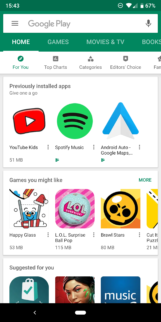 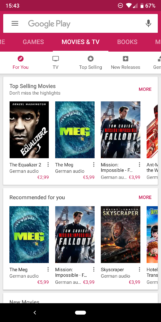 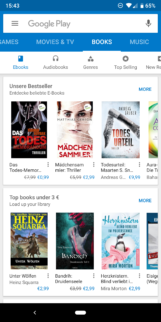 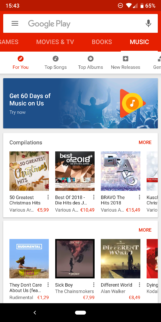 New color accents (above) vs old ones (below). 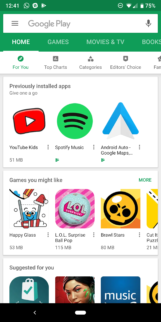 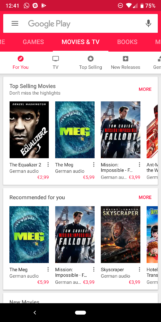 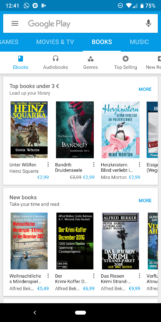 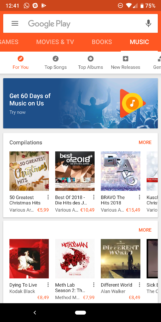 When we covered the new review UI, the interface for leaving reviews was still the same. Now, there are three new "Tell us more" cards below the text box, asking three questions about the item you're reviewing. They're optional, so you can choose to answer them or not. I've only come across yes/no/not sure questions so far, but there might be others with different choices.

These cards remind me a little of Google Maps questions. It seems that Google is using them to learn more about the content/game, perhaps to improve its recommendations or curation algorithms. Or perhaps the answers will be implemented visibly later, letting users quickly see if a question they have about an app/game/media item has been answered before they download it to check it out. 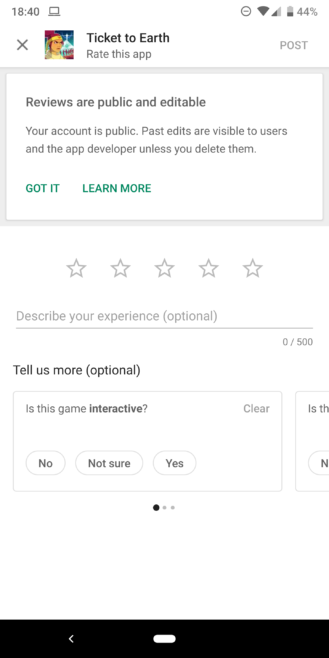 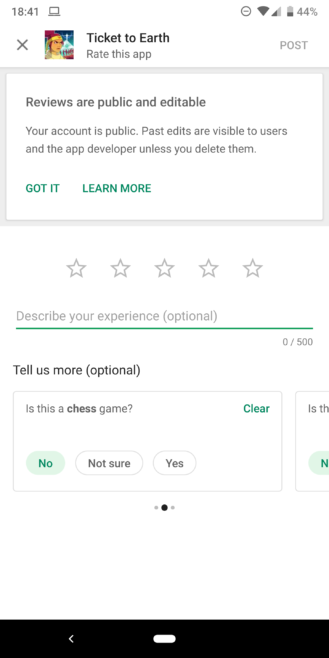 While both changes above appear to be rolling out to most (all?) users, a few others are still in testing. The first one is a change to the app info layout, i.e. the details you see when you scroll down the app/game description. The new look makes the details bigger, bolder, and thus easier to parse. Developer details (email and address) are gone, but they're still accessible from the main listing under Developer contact. 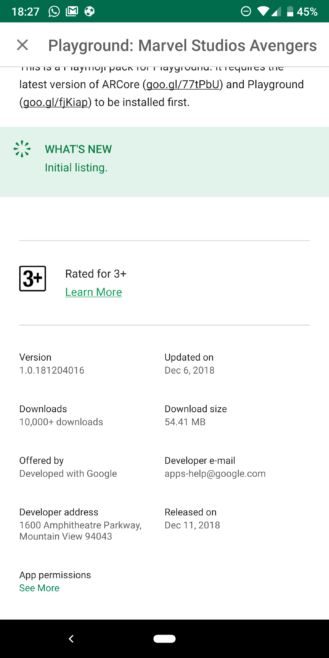 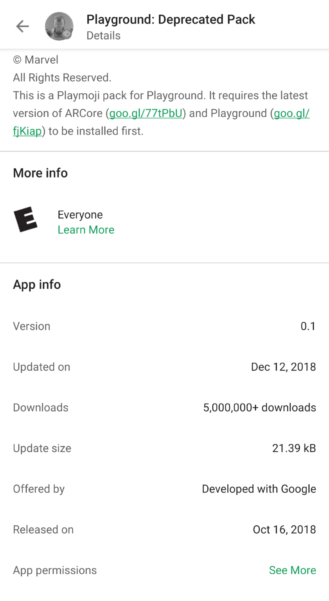 Left: Before, App info. Right: After.

Another change being tested are bigger event cards for in-app/in-game events or sales. Right now, you might see a little green banner on top of a game's listing, informing you of ongoing events. But Google is testing a new layout with larger scrollable cards, where you can see multiple events or sales happening now. You'll have to open the game's listing on the Play Store to see these, so they may be of lesser value for those who already have it installed, but they're great for newcomers. 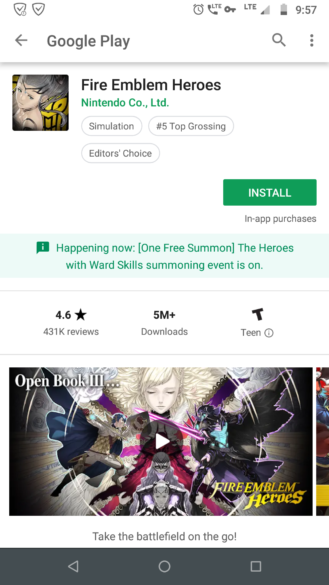 Then there's this one odd tip we got that shows off a potentially new download progress/animation style. We haven't seen this anywhere else, so we're taking it with a grain of salt, but if you check the screenshot below, you can see the download progress in a circle around the Clash Royale icon on the top left. I definitely prefer the progress bar, but if the circle animation shows up when you scroll down the page and lose sight of the bar, that'd be neat. Update: We've received one more tip and a few screenshots showing this, so it looks like the Play Store team is still testing it. In this new rendition, you can see the progress percentage and total MBs below the app's name. 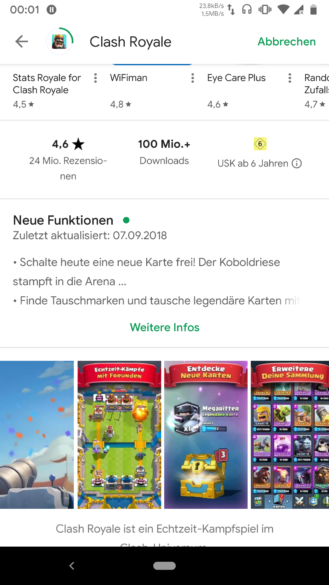 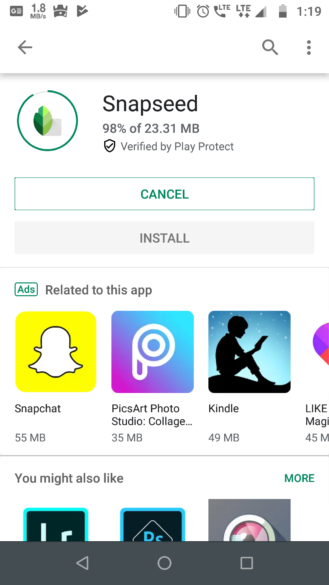 And finally, in case you're wondering, we're aware there's a new "Protect my updates" toggle in the Play Store's settings. So far, it doesn't seem to interfere with anything we've tried. Updates you get from APK Mirror are continuing to install normally with it enabled, so we're keeping an eye on this, but we're not yet sure what it does. 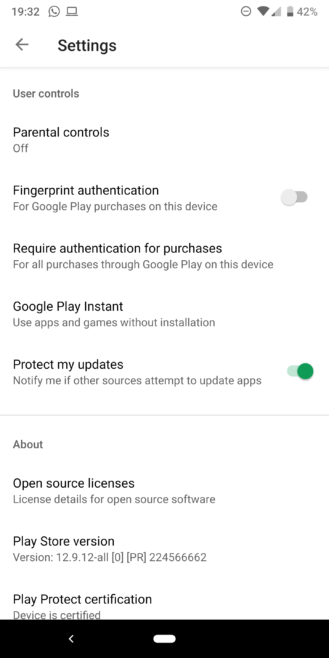 This might be our first look at the OnePlus 5G phone