Live Albums, announced in early October of this year, offers Google Photos users an easy way to create albums that automatically add new photos of specific people and pets. Shortly after it was announced, however, it became clear that, for many users, the 10,000 photo limit on private albums was far too low. Thankfully for those users, Google has now raised the private album limit to match the shared album limit at 20,000 images. 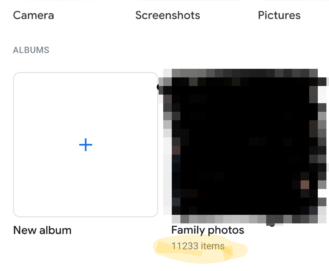 A tipster notified us of the change after finding that Google had quietly expanded the album limit, allowing his family Live Album to expand to over 11,000 photos. Android Police subsequently confirmed the change with Google, and the new limit can now be found on Google's support pages.

20,000 photos and videos - or even 10,000 - might seem like a ridiculous number to some, but it's easy to collect thousands of images of your loved ones over time - and once you create a Live Album, they all come flooding in (unless you choose to exclude older photos in the album creation process).

With a limit of 20,000 photos, most users likely will no longer run into the issue of Live Albums refusing to accept new images once they reach the limit. At least for now.