Google has been promising proper list and note integration in Assistant for months now, and we've seen hints of it even before that, but today brings us just a little bit closer to that promise being fulfilled. Both note and list support is rolling out to Assistant (on phones and Google Homes) now, but you can't pick a third-party app to manage them just yet. So if you're itching for the Google Keep integration, you may need to be a bit more patient.

For a while now, you've been able to create a shopping list and add items to it from Assistant, but support for multiple lists (even non-shopping ones) is rolling out now. Simply say, "make a list," and your Assistant should ask you what you want to name it then what you want to add to it. After the first item, you might need to specify which list you want to add to if you have several, but it works as intended, adding items to specific lists without much fuss. 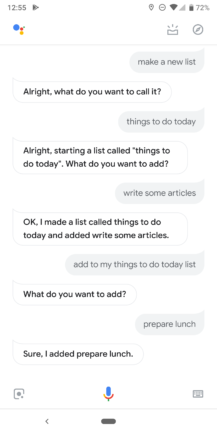 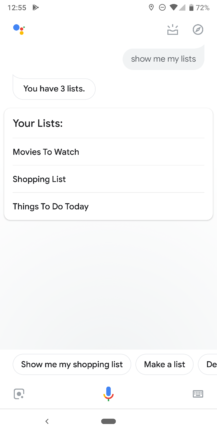 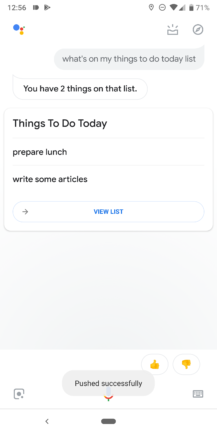 To view your lists, ask Assistant "show me my lists" or "what are my lists." You can even have it tell you the items on a specific list by asking "what's on my <list_name> list?" as shown in the screenshots above. This works both on my phone and my Google Home Mini. Oh and if you already have a Google Express shopping list, it will show up there as well.

To actually edit your lists, you need to be on your phone. Simply tap on any list and it gets opened in Google's own manager (which was previously accessible at assistant.google.com/lists/mainview, but no longer appears to be). There, you'll be able to view and add items, delete them (swipe on them), and delete or rename the entire list. So far, I can't seem to find a way to rename items, reorder them, or even indent some under a main item. Baby steps. 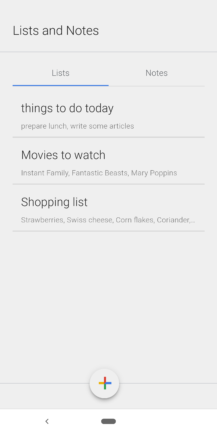 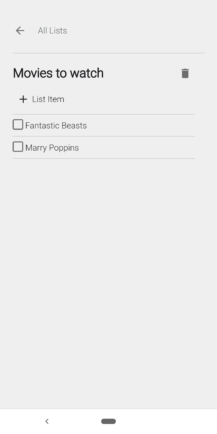 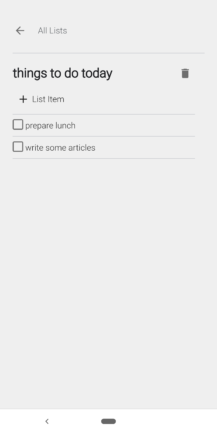 Notes are also working now for me. Asking Google to "make a note" or "take a note" will trigger it on both phones and Home speakers. Assistant will ask you what the note is and save it once you're done dictating the content. To check on your notes, you can ask it "what are my notes" or "show me my notes." 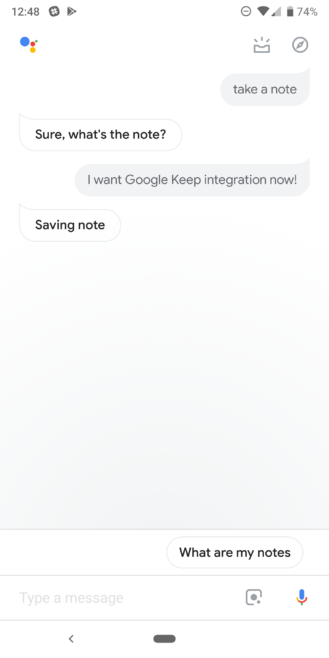 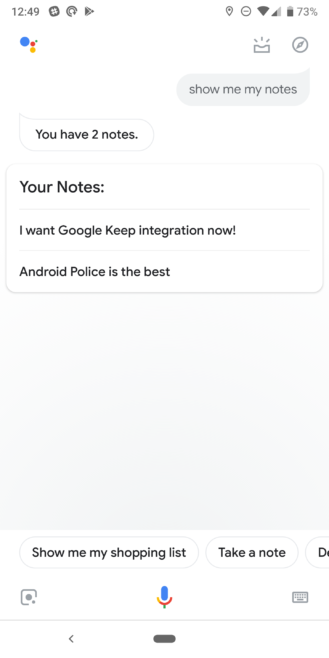 As with lists, if you want to edit these, you will need to be on your phone. Tapping a note opens it up in the editor, where you'll be able to add a title to it, delete it, and edit the text inside it. All your notes are also accessible there. 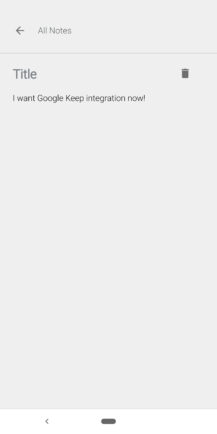 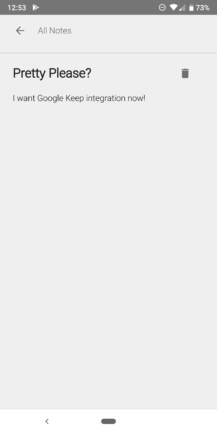 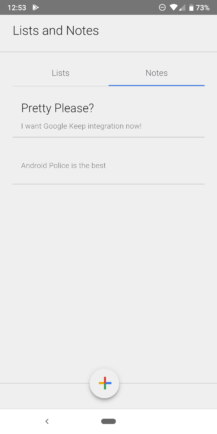 One last thing to note is that once you're in this List/Note manager, you can manually create a new item by tapping the large + button on the bottom. This saves you from having to dictate every word. 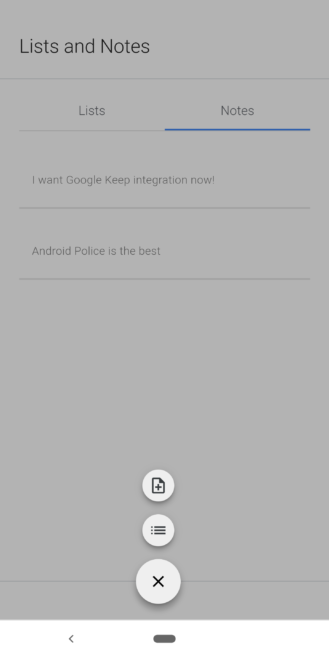 Despite all of the features being functional for me on my phone and Google Home Mini (running Cast firmware 1.36.141215), I don't see the option to access these directly from my Assistant settings. Under Services, I still have Shopping list, which takes me to the Google Express shopping list. I can't change my default list provider either, so I can't choose Google Keep just yet.

So it seems that the rollout is still happening slowly and we'll need to be a bit more patient for everything to be functional.

Fossil Sport review: The best Wear OS has to offer