I have been a user of Android Wear/Wear OS practically since it was released. I bought a Samsung Gear Live a few months after it became available, followed by a Moto 360 and an original LG G Watch. When those models became unusable for one reason or another, I purchased a refurbished Huawei Watch that I use to this day.

I've wanted to upgrade for a while now, but once rumors of a Pixel Watch subsided, I decided to get the first affordable watch with the fancy new Wear 3100 processor. That turned out to be the Fossil Sport, which dropped to $180 this past Black Friday.

The Fossil Sport comes in two sizes — 41mm and a 43mm. I bought the smaller 41mm model, which is a nice change from my bulky Huawei Watch. The bezel appears to be identical in size on both versions, meaning it takes up more space on the smaller watch. I don't really mind the slightly larger bezels, but it might be something to take under consideration if you're getting the 41mm watch. 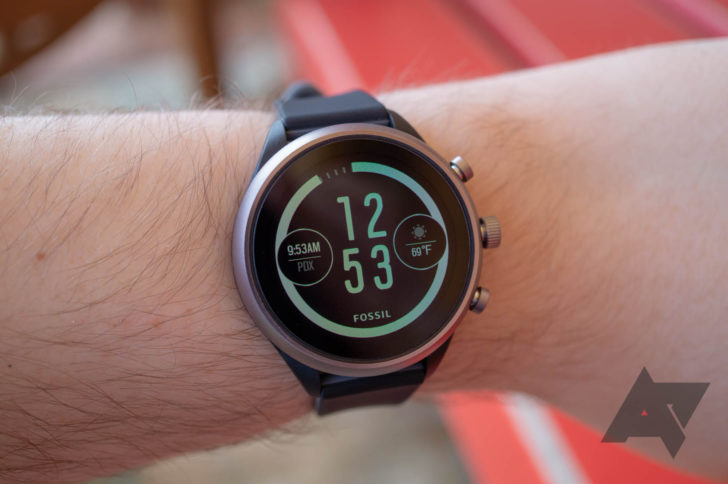 The design of the Sport is very similar to last year's Fossil Q Control, but with a few differences. The bezel around the screen is underneath the top glass, so it blends into the watch face (especially when using faces with dark backgrounds). The steel exterior has been replaced with aluminum and nylon, with multiple body colors are available — I have the Steel version.

Like some of Fossil's other watches, there are three side buttons on the Sport. The top one launches the Fossil app with one press, and Google Pay with two presses. The middle dial can be used to scroll through pages, and holding it down opens Google Assistant. Finally, the bottom button starts a Google Fit workout. These can be remapped from Settings > Personalization > Customize Hardware Buttons. 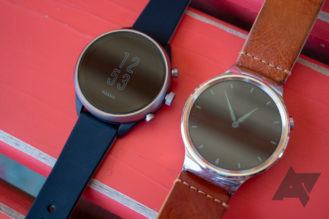 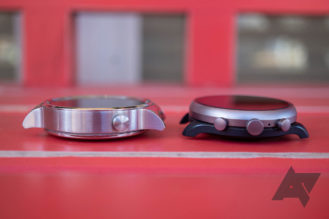 Fossil Sport next to the first-gen Huawei Watch

Fossil's watches have traditionally lagged behind in the latest hardware and software features, but the Sport checks almost every single box. It has NFC for Google Pay, an ambient light sensor, a heart rate sensor, a dedicated GPS antenna, and Wi-Fi. The watch can also be submerged up to 50 meters. The only missing features are LTE (which would make the watch bulkier) and a speaker (so you can't call people from the watch).

Like most other Wear OS watches, the Sport uses inductive pins for charging. However, Fossil's implementation is pretty smart; the connector is a ring around the entire bottom of the watch, so you don't have to align it a certain way. Just plop it on the charger and go on with your day. 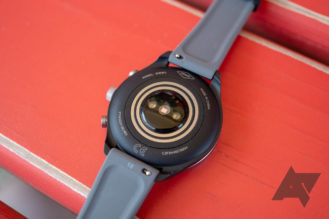 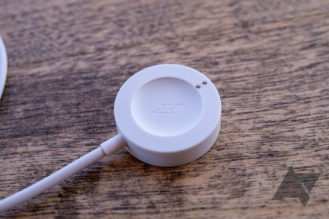 The included band is a silicone strap, but you can easily replace it with any 18mm band. There's even a quick-release bar on the factory strap, so you don't need any tools to swap it out. Nice touch, Fossil.

In the box, you get the Fossil Sport, a quick start guide, and a USB charging connector. No USB wall adapter is included, but you probably have a few of those lying around already.

For reasons completely unknown to me, there are several tech news outlets that repeatedly claim Wear OS is dead/dying. They couldn't be much farther from the truth — Google has pushed out regular updates over the past year, a major redesign started rolling out in September, and another big update is on the way. The platform definitely stagnated after Android Wear 2.0 was released, but now Google is giving it some much-needed love. 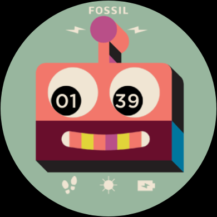 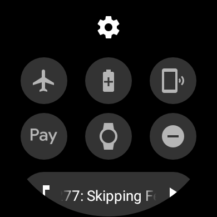 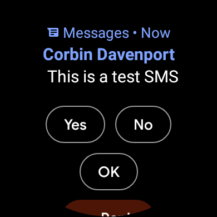 The recent 2.1 update fixed most problems with Wear OS, to me anyway. Notifications are much easier to manage, Google Assistant is improved, and the whole operating system is noticeably faster. There are still some aspects that could be improved, like the limited selection of third-party apps, but I'm happy with Wear OS in its current form. 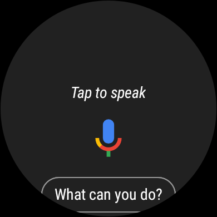 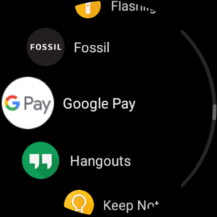 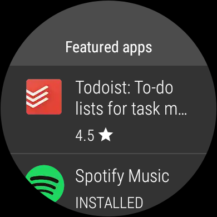 Since most of Wear OS is updated through the watch's Play Store, there's not much separating the Fossil Sport's software experience from most other recent Wear smartwatches. You can install apps and custom watch faces, ask Google Assistant questions, track workouts, respond to phone notifications, and more.

Performance is generally good, but the Fossil Sport is not noticeably faster than my Huawei Watch (running the Wear OS 2.1 update). Animations are still occasionally janky, especially when it's booting up or trying to open an app. This might change in the future as Wear OS becomes more optimized for the new hardware, but for now there's no discernible difference. 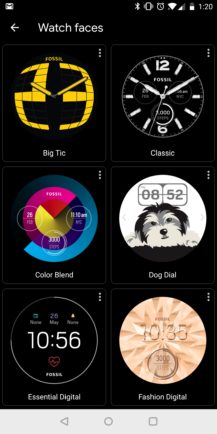 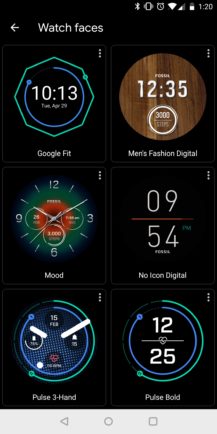 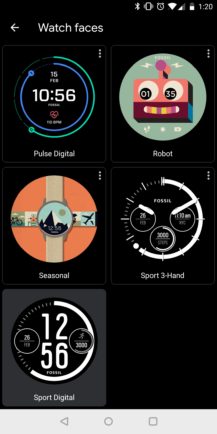 Battery life is supposed to be the major selling point of watches with the Wear 3100 processor, but I came away slightly underwhelmed. While the Fossil Sport definitely outlasts my Huawei Watch, it doesn't make it through two full days — I usually end the day with 30-40% remaining. Wear OS currently doesn't take advantage of the Wear 3100's 'Sport Mode,' which promises 15 hours of battery life with GPS and heart rate sensors enabled, but Fossil says this functionality will arrive in 2019.

Like the TicWatch Pro, the Sport has a low-power mode that shuts off everything except the clock. Fossil says the watch should last around four days in low-power, and by default, the feature will automatically turn on when the battery drops below 10%.

Yes. The Fossil Sport checks almost every box when it comes to smartwatches — good battery life, standard watch bands, GPS and NFC support, water resistance, and so on. The smaller 41mm size should appeal to anyone sick of giant bulky smartwatches (like the LG Watch Sport or TicWatch Pro), and both sizes are available in multiple colors. If you don't like the sporty aesthetic, get the Steel model and swap in a leather or stainless steel band. 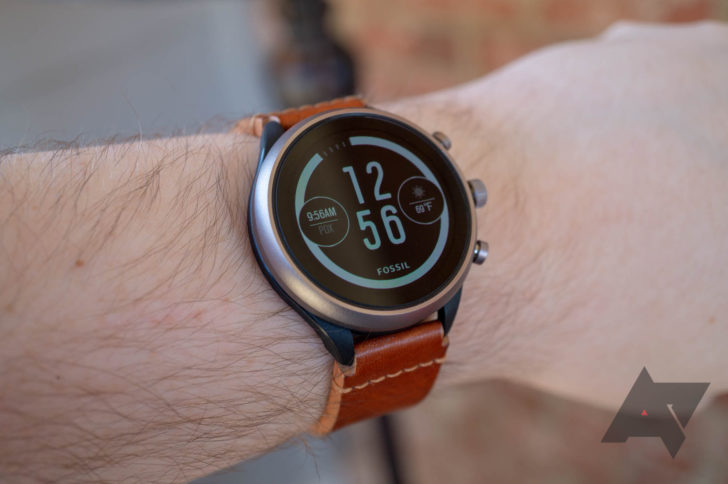 The Fossil Sport with a leather band

For $249.99, the Fossil Sport is easily the best value Wear OS watch at the moment, especially since the only other watch with a Wear 3100 processor is the $1,000 Montblanc Summit 2. The Ticwatch E is quite a bit cheaper, at just $129.99, but it lacks many of the Sport's features — including NFC, the Wear 3100 processor, and true water resistance.

If you're using an older Wear OS watch, like the Moto 360 or Huawei Watch, the Fossil Sport is a great upgrade. If you're new to smartwatches in general and you have an Android phone, the Sport is one of the best options right now.

In short, if the Pixel Watch was released today, I can't imagine it would be much different than the Fossil Sport.

If you want a Wear OS smartwatch that works well, can track exercises, includes Google Pay, and has good battery life.

If you have an iPhone (get an Apple Watch instead), or if you're content with cheaper options like the Ticwatch E.

The Fossil Sport was sold out when this review was initially published, but it has just become available again from Fossil's online store for $199.99 ($50 off). Make sure to double-check the band size before hitting the buy button — the size is somewhat hidden near the bottom of the page.

Android Police Holiday Giveaway Roundup: All the cool things you can win from AP and our ...

Google Assistant notes and lists are live for some, still no Keep integration though