Fitbit's smartwatch efforts got off to a slow start with the Ionic, but that device has gotten much better with updates. Meanwhile, the Versa launched with a more understated design and a lower price tag. Today, Fitbit is rolling out more improvements to its smartwatch platform with the new v3.0 update. FitbitOS 3.0 adds more stats in the Today dashboard, some new fitness-oriented app tie-ins, and additional exercise goals.

The Today dashboard is where you can see a basic overview of your daily stats. You need to go to the Fitbit app to dive deep, but Today is getting more useful. In v3.0, Today gets tiles for sleep, weight, water, and food. You can also log new data right from the watch. The app gallery has been one of Fitbit's biggest pain points. The company says the new version makes major changes, but it sounds like it's really just some new app partnerships. There's TRX, FitBark, GOLD’S AMP for Fitbit, Achu Health (watch face), and more. 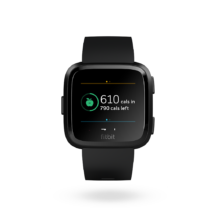 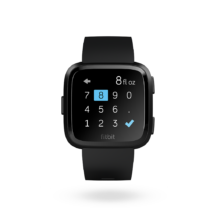 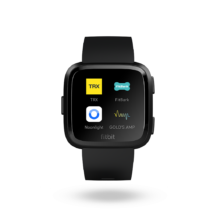 Both watches will also get goal-based exercise modes in the latest FitbitOS. That means you can set goals for calories, distance, or time for more than 15 different exercises like yoga, running, and swimming. You could already set goals for steps and the total number of workouts per week. Fitbit doesn't say if you can specify these goals on the watch or if you need the app. You can probably answer that question yourself if you've got a Versa or Ionic—the update should be available in your Fitbit app now.