Unexpected device updates give us Android geeks warm fuzzies, and candidates for updates don't get much less expected than budget tablets — but here we are. We've received several reports that Samsung's Galaxy Tab A, released in the spring of 2016, is being updated to Android 8.1 Oreo.

It ain't Pie, but I imagine users will take what they can get here. The meaty 1.2-gigabyte update includes not only Oreo, but also Android security updates up to November 2018, along with Samsung Experience 9.5. At least one tipster says the update has had a noticeable impact on device performance — not something you often hear about mostly-forgotten tablets. 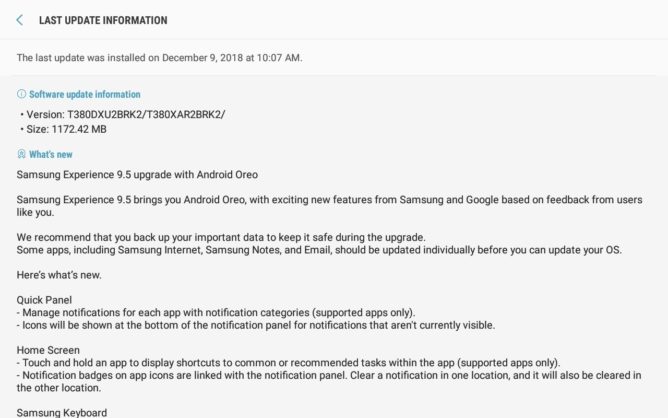 If you've got a Tab A sitting on a shelf somewhere, dust if off, charge it up, and update that bad boy. You should get a notification about the update, but if you don't, head to Settings > About device > Software updates and enjoy your newly-refreshed media consumption device.