Google probably has an internal logic for rollouts that makes all the sense in the world to the developers running things. However, the process can seem bizarre and illogical on our end. Case in point: Google started turning the Feed into Discover back in October, but accounts on the Google beta app never got the update. Well, now they have.

We've gotten tips (and confirmed in our own testing) that Discover has suddenly appeared on devices with the Google beta app. There was no update to the app in the Play Store, so this is a server-side switch. In case you've forgotten (or blocked it out), the revamped Discover has a different layout with topic bubbles dividing cards, topic pages, and a full dark theme. See below for an example on the Pixel Launcher. 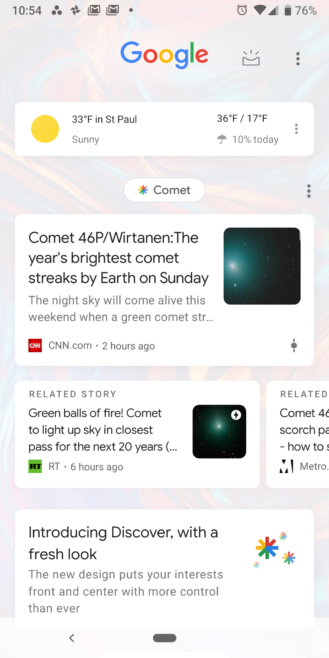 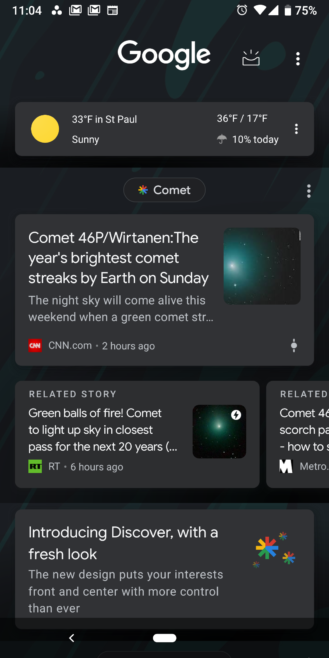 It's just a bit odd that the beta app, which should have all the latest features before the stable release, is only getting Discover now. At any rate, it's done. You're leading the pack once again, beta users.