Do you wish your phone had a little more racecar in it? Then today is your lucky day. The new OnePlus 6T McLaren Edition has just gone on sale through OP's website. You can drop $699 on this phone and have it in your hands in a matter of days. Vroom vroom.

The McLaren 6T (or "Speed Orange" as it's called on the OP store page) is the most expensive variant by about $70, but it does offer more. The storage is still 256GB like the previous top-tier phone, but you get 10GB of RAM instead of just 8GB. It also has 30W Warp Charging, whereas the other 6T phones have the old 20W charging. Oh, and there's an orange stripe on the back of the phone. 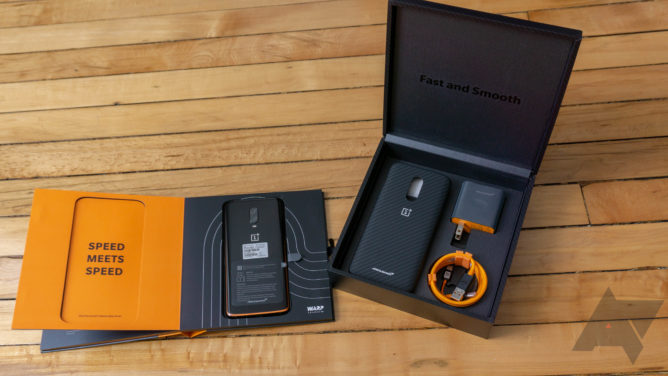 OnePlus also throws in a few extras like an AR-enabled book, a sample of McLaren carbon fiber, and a McLaren-branded 6T bumper case (the "karbon" version). All in all, it's not a bad deal for the extra money, but the price is inching up into true flagship territory. OnePlus hasn't said how long this phone will be on sale, but presumably it's a limited time.