This Is the Police is an indie simulation adventure game that has been ported to Android, and it's available on the Play Store as of this morning. You get to fill the role of a police chief who is in charge of a police department that's located in a city spiraling out of control. Will you choose the path of least resistance, lining your pockets with cash, or will you stand up for what's right, even if it's to the detriment of your career?

We learned last week that This Is the Police would be coming to Android sometime soon thanks to a recent pre-registration listing on the Play Store. Now that it's out, you may be wondering what you can expect from the release. Well, it plays a lot like an old-school adventure game that leans heavily on a mature story-rich crime drama, all with a dash of simulation gameplay. This means you'll fulfill your duties as police chief by responding to emergencies, managing your officers, and defending the department against a corrupt mayor. Tough choices will have to be made, and it's up to you to keep the balance or else the city may tear itself apart.

You can grab This Is the Police off the Play Store for $7.99, which is a titch more than half the price of the Steam version. There are no advertisements or in-app purchases included, which makes this a premium release.

Reviews for This Is the Police have been mostly positive, though some have complained the story and its many cutscenes are a little too drawn out, and eventually your choices stop to matter as you are forced into certain scenarios. It will take about 17-18 hours to finish the main campaign, which is still pretty short, though I can see how the prolonged story in such a depressing world can get irritating after a while. Still, $7.99 isn't a bad price, and this game type works well with touchscreens, which seems well worth it to me. So if you are looking for a gritty crime story that you get to shape, you're probably going to want to check this out. 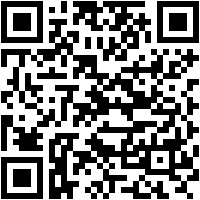