HP's Chromebook x2 is the only high-end Chromebook tablet you can get until the Pixel Slate lands, making it a popular choice for many. But if you're after a bigger display in a laptop-first form factor, HP's 14" x360 could be a better choice. And right now, they've both been has knocked down to $500 at Best Buy, which is $100 off the x2's MSRP and ~$100 off comparable listings for the 14" x360 Chromebook. And if it's the bigger Chromebook that's caught your eye, HP also has an identical SKU that's a bit cheaper at $480 via its own storefront. 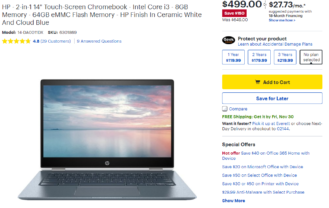 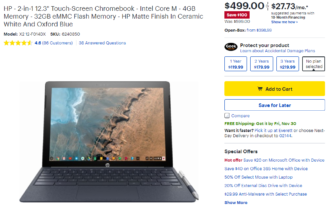 In case you're unfamiliar, the discounted $500 Chromebook x2 has a 12.3" 2400x1600 IPS display, Intel Core m3 (7Y30), 4GB of RAM, and 32GB of storage, all in one tablet-shaped body. It comes with a keyboard dock that provides more typical laptop-style functionality if required, together with a stylus that attaches to it via a loop. 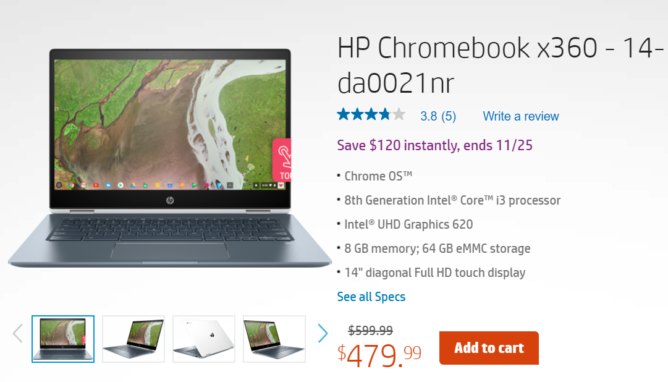 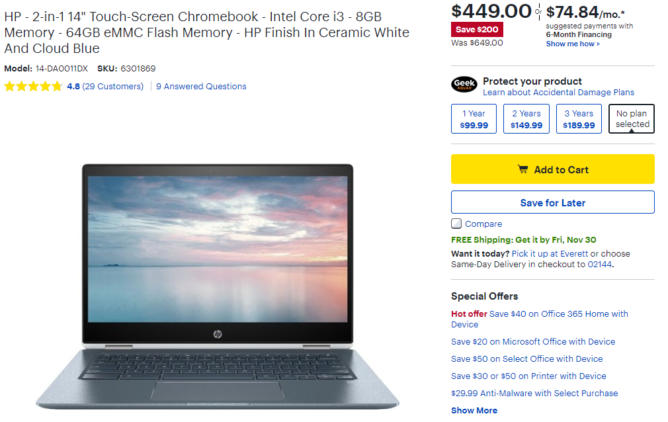 Now's your chance to pick one up. While Best Buy's advertised savings of $200 is probably a bit hyperbolic, it is a very good deal.

Missed your chance to pick up one of these discounted laptops last month? Best Buy has apparently decided to give you another chance to take the plunge on these two models, and has reinstated the same sale pricing we saw before.