Essential's Audio Adapter HD is an understated, dark gray, rounded block of titanium, with half a cylinder embedded into the top back (for the 3.5mm jack). Beneath it is a multi-color LED that ostensibly lights up to indicate the quality of playback, though it never worked outside a green light signalling MQA-quality. 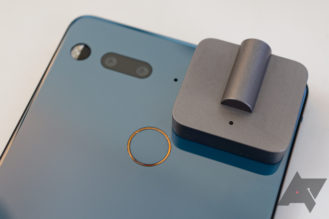 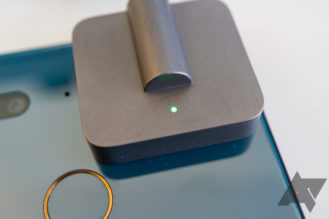 A strong magnet holds it and two pogo pins for power against the rear, top right corner of the Essential Phone, where it communicates with the device wirelessly, much like the previous 360-degree camera. It holds on pretty strongly, though there is a tiny bit of play if you torque on it.

As a thing, it's a pleasant shape with a fine, rough texture (albeit one that's impossible to keep clean). But more functionally, the Audio Adapter HD tends to get in the way. One corner gets very close to the fingerprint sensor, right where your fingertip would overhang if you're right-handed. Every time I've unlocked my phone with it attached, it's been in the way, resulting in an incomplete reading of my fingerprint. Subsequently, every single unlock with it attached requires multiple attempts. 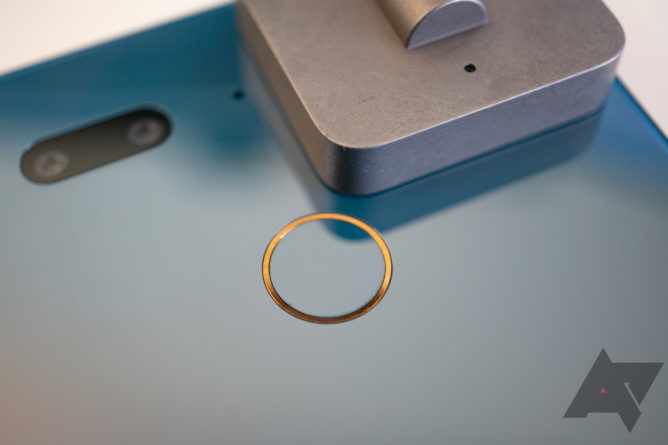 That corner is too close to the fingerprint sensor and gets in the way.

The shape and overall thickness also make it difficult to remove the phone from your pocket without being careful. The outermost edge, which isn't rounded, was prone to get caught on the turned lip of my pocket, pulling the adapter off the phone when I slid my phone from my pocket. 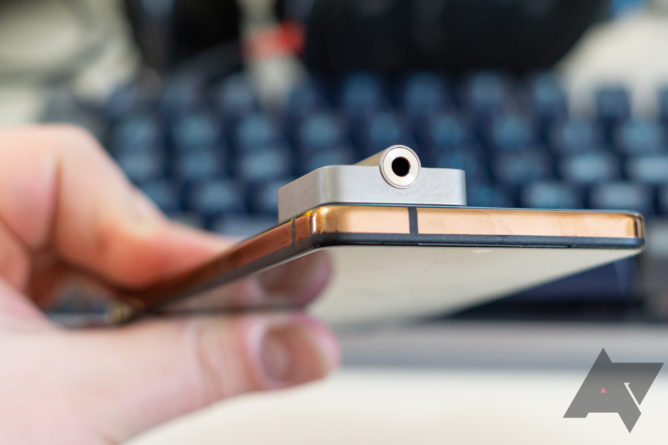 The adapter is thicker than the phone is, and gets caught on things easily.

If your headphones have in-line controls, they'll only work for volume. So while you can turn things up or down, play/pause and skip won't work — or, at least, they didn't work for any of the headphones I tested. 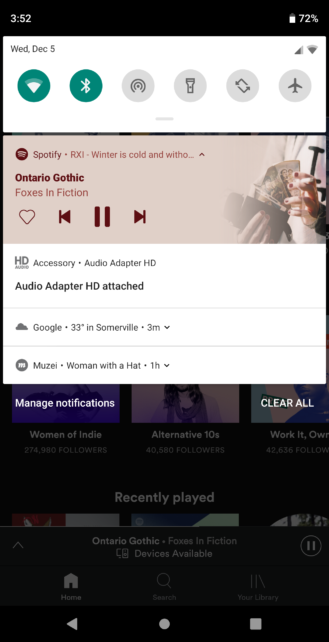 While you have the adapter connected — and while it's recognized as being connected, sometimes it has issues — an ongoing notification is present to serve as an indicator. It also gets quite warm while it's attached, but the Audio Adapter HD was never uncomfortably hot, merely noticeable.

In what is likely to be connected to that, battery life with the adapter connected is abysmal. Even if it isn't being used/playing content, just having it stuck there on the back will kill your standby time. That's especially unfortunate because the Essential Phone, in my experience, has very good battery life, but if you use the Audio Adapter HD on the go, expect to see it take a nosedive. 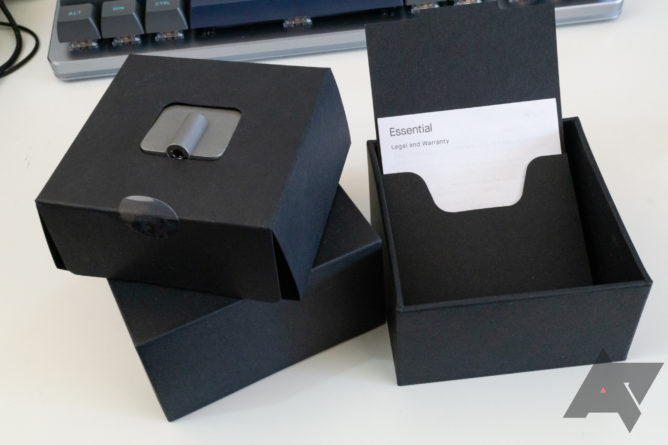 The box is big, but it only includes a warranty card and the adapter itself.

Barring the weird static issue, audio quality is quite good, and the included AMP can drive even high-impedance headphones with grace. My deskbound cans (Sennheiser HD600) are 300 Ω, and while most phones can't push them very well, the Audio Adapter HD has no such problems. For the price, I still prefer my cheapo external DAC/amp, though it isn't as portable.

In listening to MQA audio in Tidal back-to-back with Spotify, I could tell a slight difference in audio quality between the two sources, but it wasn't as pronounced as I had expected it would be. The biggest change I noticed was in increasing/decreasing volume for quieter, background sounds, which were a bit smoother (if that's the right way to describe it) with MQA, but there was also a general increase in clarity during especially loud and complicated moments.

Overall, the difference between MQA and general "high quality" audio was noticeable with a good pair of headphones in back-to-back use, but I wouldn't consider it drastic. I did notice that MQA audio playback was also usually quieter at the same volume setting, but I don't know if that's a fault of Tidal or some difference in how the formats are handled by the adapter.

Sadly, most of the things I've been listening to recently weren't available in MQA/Master quality via Tidal. The selection outside of mainstream pop/rock/rap is pretty mediocre. (I also found the Tidal app itself repeatedly frustrating, but that's a discussion for another time.)

While general audio quality was great, there were occasionally some strange bursts of static when locking/unlocking the phone. They weren't always reproducible, and they weren't especially loud, but it was distracting.

Rarely, the Audio Adapter HD also just doesn't work. Audio will be piped out of the device's speaker rather than the headphone jack, even when the adapter was connected and headphones were plugged in. Disconnecting it and reconnecting it or, should that fail, rebooting the phone was always enough to fix it, though.

Probably not. While audio quality can be pretty good (excluding the few instances of intermittent static I experienced), the practicality of the Audio Adapter HD in general paired with its sky-high price pushes me to consider this a "pass." Unless you're an Essential fan that is consistently listening to MQA-quality audio on the go with a pair of high-end headphones — which I expect to be a small audience — there isn't a point (or, I suspect, an audience). And if you're using it at home, a wired DAC/amp is cheaper and better.

Furthermore, not a lot of media is available in MQA, and even Tidal has a pretty limited selection of music in the "Master" format. Unless your tastes are exceptionally mainstream or you're rolling old school and carrying a big library of lossless audio around on your phone, you won't have a lot of high-quality audio to take advantage of the Audio Adapter HD. 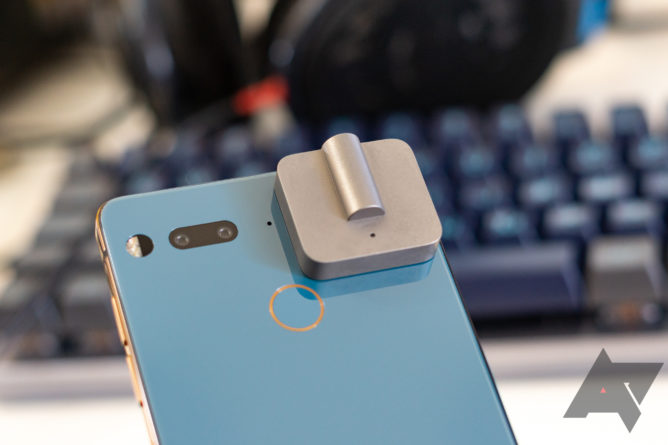 Cheap earbuds aren't going to see much of a benefit from this, and just the disadvantages of having a big chunk of titanium blocking the fingerprint sensor and getting snagged in your pocket outweigh most of the audio advantages, in my opinion.

There is a niche here for the Audio Adapter HD, I just think it's a very small one. 99% of people using wired headphones with their PH-1 would be better served by the existing dongle, though FLAC-toting Essential enthusiasts on the go with high-end headphones could be pleased. Even so, for $150, it might be better to wait for a high-end, MQA-compatible USB type-C DAC — it'll work with more devices (including your computer).

At the time of writing, the Essential Audio Adapter HD is available exclusively from Essential's storefront, though it frequently sells out.