Slowly but surely, Chrome is trying to converge native and web apps. Chrome 71 came out a few days ago on Android, but one new feature flew under the radar — web apps can now appear in the system share menu.

Chrome 61 enabled the Web Share API last year, which allows web apps to share text or images to native apps. For example, you can share links to tweets by tapping a button in the Twitter Lite web app. The new Share Target API works the other way around — web apps can register themselves as items in Android's share menu. You can try a demo here. 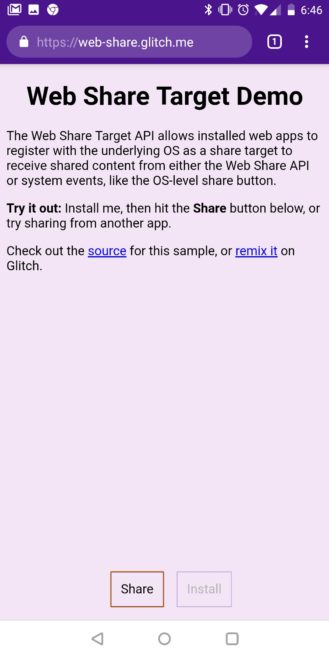 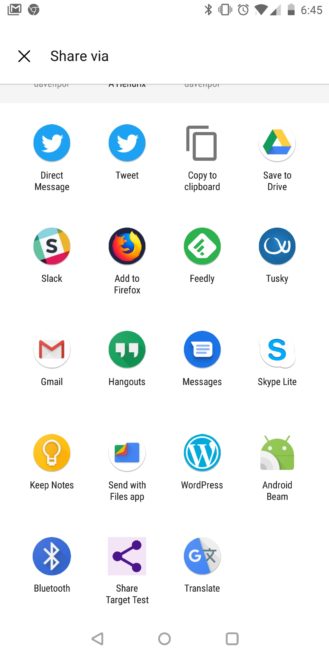 Web apps won't appear in the system share dialog until you add them to the home screen, so you don't have to worry about random sites appearing alongside native applications. Sites can only receive text and images right now; sending files to web apps will come later.

If Chrome 71 hasn't rolled out to you yet, you can grab it from APKMirror.