Google's fling with Allo is officially coming to an end, and as we've seen with many other products in the past, that usually means it's time to grab your data and go. A new update to the Allo app is rolling out today that will make this much easier. Using a simple tool, you'll be able to export your chat logs and any media for safe keeping before Allo closes its doors for good at the end of March 2019. 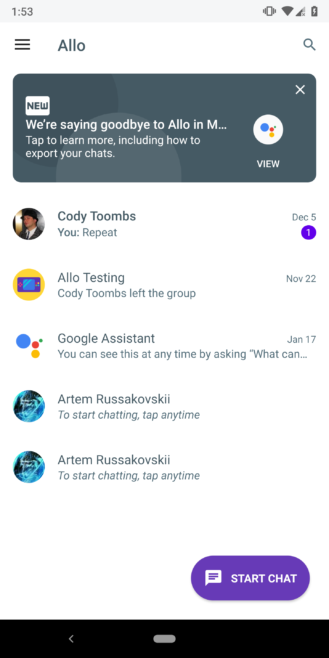 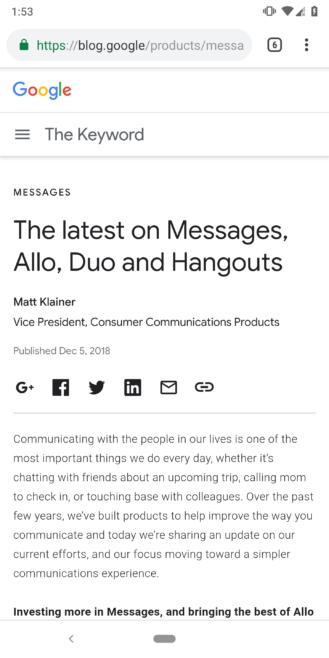 If you're popping in to send any messages, or just to export any that you've sent in the past, you will probably see the banner message announcing the departure plans for Allo. Tapping on the view link will open up a browser to Google's blog post on the subject. 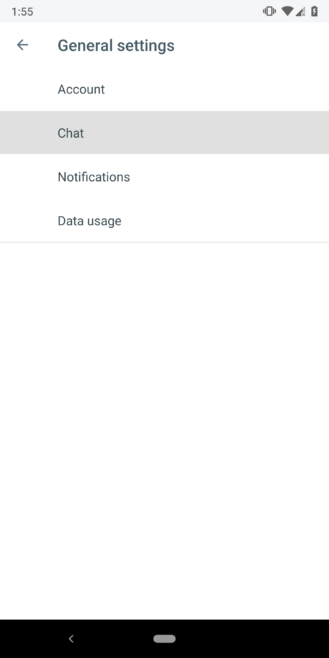 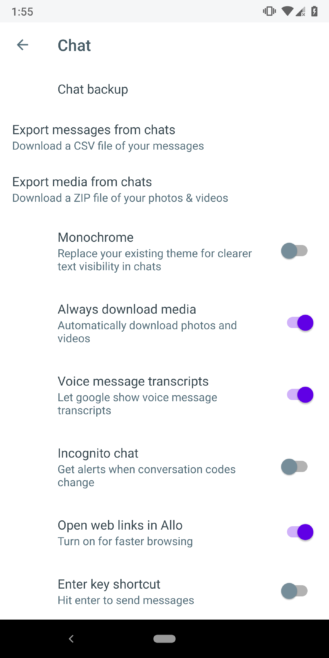 The export tools are pretty basic. Not that you need a lot here. To find them, just open Settings -> Chat, and near the top will be a pair of Export actions. The first will save your messages into a CSV (comma-separated values) file containing the message itself, where it came from and who it was sent to, a timestamp, and so on.

The second action is for exporting media, including pictures, video, audio recordings, and whatever else may have been sent. These files are saved into a zip file. In both cases, you'll be asked for a place to send the backups, which can go to any app or service that accepts compatible file types — you'll probably just send them to Gmail, Dropbox, or save them somewhere on the phone.

Note, there doesn't appear to be a tool for exporting the contact list from Allo. If you have any friends on that list that haven't been copied to your contact list, it's probably a good time to make sure to copy them by hand.

A teardown has been done and this appears to be the only substantive change. Unless there are any critical bug fixes to be done, this will probably be the last update we see until the shutdown. When Allo's servers are closed down, we'll likely see one final update that removes the bulk of the APK and points users to try out the Hangouts Chat and Meet apps.

[Update: Another 30] Google Pay brings on support for 50 more US banks