After teasing us for what felt like years across Twitter and Twitch, Beamdog has finally released the Neverwinter Nights: Enhanced Edition Android beta. You can pick up the classic third-person RPG and play it for yourself on your phone or tablet for just $9.99, but keep in mind there could be a few rough edges — it is a beta.

The release was accompanied by a blog post published earlier today, which implores those that pick up the game during this early testing period to provide feedback about their experience on the forums. The game includes most of the playable content from the original Neverwinter Nights: Enhanced Edition release (also available on Steam and GOG), but the community expansion packs like Kingmaker, ShadowGuard, and Witch's Wake will be available later as free downloads. It will also work with save games, modules, and mods from the original game, which is pretty cool. So if you run out of built-in content but want to keep playing, that's an option.

The blocky graphics may not have aged too well, but it's a classic game, and the nostalgia factor is real. (You should have seen how ecstatic Artem was to hear about it.) And $10 isn't too bad, considering the PC version runs $20 — you will have to use a touchscreen instead of a mouse and keyboard, though.

Beamdog teased that the beta would be arriving sometime this week during last week's livestream, and now it's finally here, joining the ranks of Baldur's Gate, Baldur's Gate II, Icewind Dale, and Planescape Torment as classic RPGs available ported by Beamdog to Android. 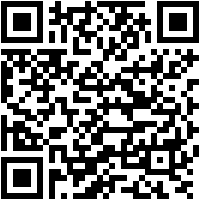 Last month Beamdog released Neverwinter Nights: Enhanced Edition as a beta on the Google Play Store. At the time the game was still missing some features, but it has since received a few updates (including cross-play between desktop and mobile) to iron out any issues and ensure the game is feature complete.

Beamdog's community and social media manager Julius Borisov recently revealed in a post on Reddit that Neverwinter Nights: Enhanced Edition is out of beta and has officially launched on the Google Play Store. This update brings a new font, main menu art, an achievement system, and a few bug fixes. There is also a new trailer, which you can view below.

Just like with the open beta, you can grab the game from the Play Store for $9.99, and if you'd like to read more about the launch, you can find further details on Beamdog's blog.