While most of Google's core apps have gone through some pretty monumental changes in their adoption of Google's Material Theme, many of the other apps have been slower to take on a new look. In some cases, like the latest Play Movies & TV app, the changes are also much gentler, spanning over the course of a few versions.

We can begin the list of changes with a neat change to the splash screen. In the past, the splash screen was a simple static image, but the new version takes on a neat little rolling film strip animation when the app launches, which then leads into loading the main screen. It's a small thing, but looks really well done. 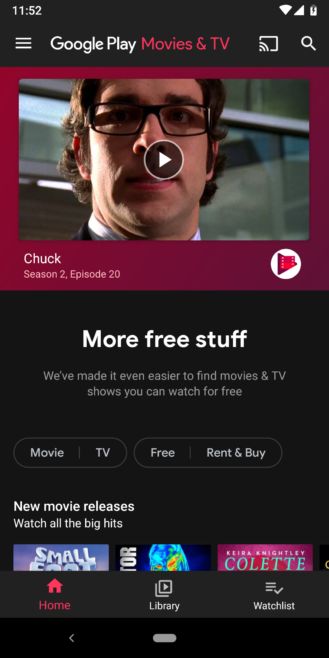 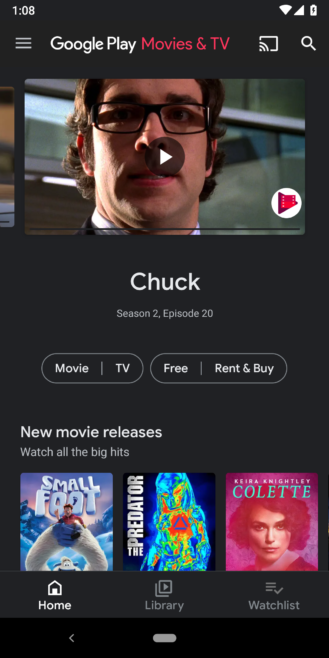 If you don't launch Play Movies on a very frequent basis, you might not even notice something has changed. The landing screen has traded out the colored background on the carousel and centered the text, and there's also a tiny adjustment to the animations when swiping left or right. 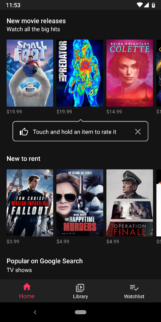 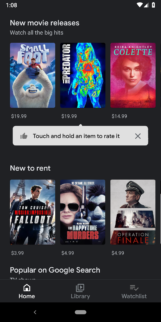 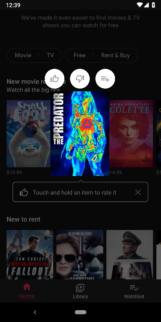 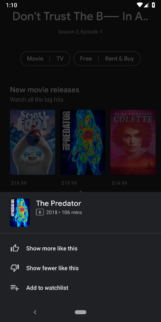 Most of the changes are completely cosmetic, but there are some that take on more structural form like the result of a long-press on a cover image. In the original version, three floating white buttons were shown, but the new version replaces those with a full slide-up menu with a few details about the show or movie, plus the buttons with text explaining what they're for. 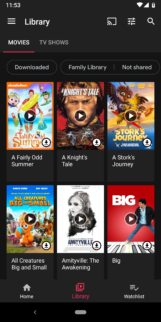 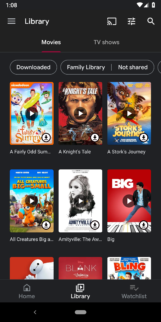 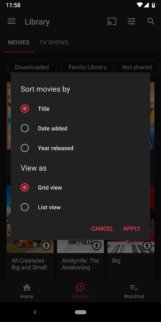 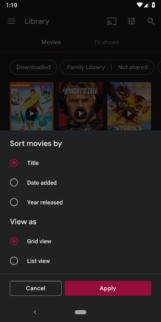 Switching over to the Library view also shows some adjustments, including a centering of the tabs for movies vs TV shows. The Sort settings have also been switched to a slide-up menu to replace the floating dialog that used to be there. 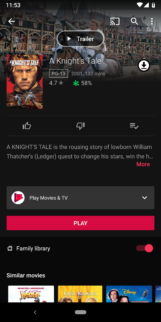 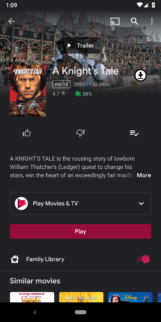 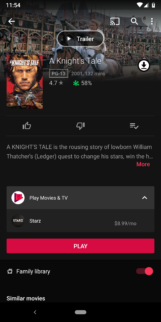 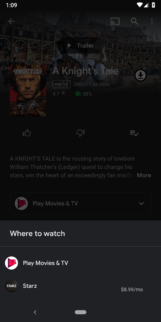 Similar changes are also appearing on the detail pages. There are little things like the removal of a white border around the button for watching trailers, plus some color adjustments and a shorter space for text. A more interesting change was also made to the dropdown box for picking a source (e.g. Play Movies or Starz). Again, we can see that the old selector was replaced with a slide-up menu. 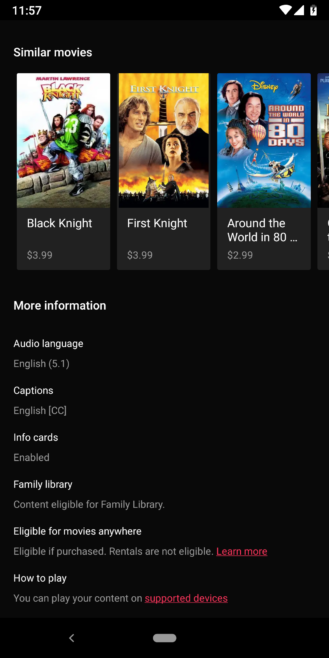 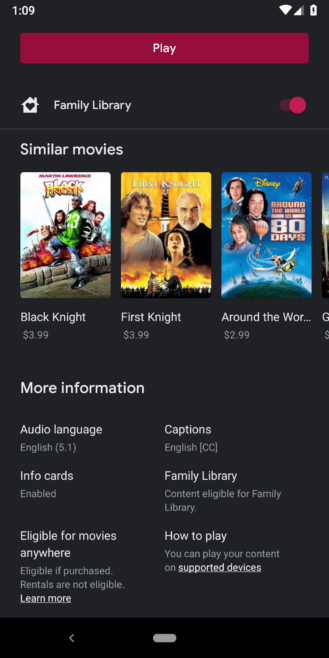 And finally, the section of additional information at the bottom of the detail page has returned to a two-column layout.

This update was really all about changes to the look, but there was one small piece of text that points to an upcoming change in the Watchlist view. For shows and movies that go on sale, there will be a price comparison that helps to identify the original and current price. It will likely look just like every other sale price in the Play Store, so there's not too much more to examine.

While this isn't a surprising change, it's great that the Play Store is giving potential buyers an easier way to watch for discounts on the TV and movies they want to collect.