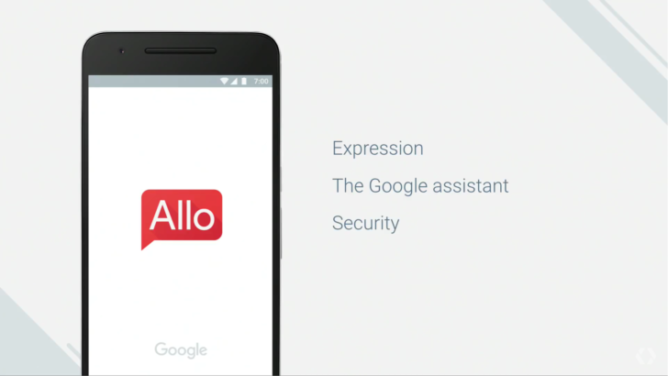 It was 2016. US elections were in full swing, Harambe was still a meme, and Hangouts was Google's hot (and often criticized) unified messaging app. But at that year's I/O developer conference, Google revealed an entirely new messaging client called Allo. Many of the final details for the app weren't provided, but it looked like it was packed with plenty of interesting AI-powered features.

It was loaded with Google's new Assistant, giving you conversational access to external information like dinner reservations or sports scores. Aesthetically, it seemed targeted to the millennial audience, with visual features like stickers, the ability to draw on images as messages, and a nifty sliding text size scale. It was even end-to-end encrypted for enhanced user security—though only in "incognito" mode.

From that announcement on, Hangouts was basically dead, though Google would argue (but not act) otherwise. Most of the particulars behind this new app were still shrouded in mystery, though, and they would be until it eventually launched.

On September 20th, 2016, Google finally pushed Allo out into to the world, and with it all the juicy details for Google's messaging vision.

Allo had not-quite SMS support, which was a hoped-for feature from Hangouts users and a common, disappointed refrain among Allo's detractors. Platform support was also revealed to be limited to phones running Android and iOS, with no desktop client. This new service would be tied to your phone number, like WhatsApp, rather than your Google account, as in the case of Hangouts. 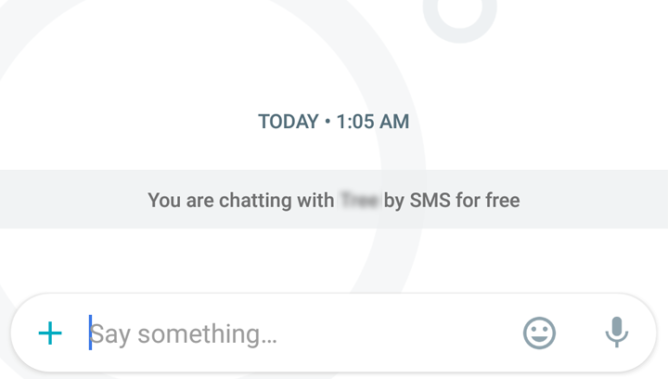 We famously called Allo's limited SMS abilities, "almost worse than no support at all." In many ways, it was difficult to tell Allo had SMS support. There was no shared or merged history, and you couldn't read incoming SMS on it. All that Allo could do was send messages via SMS to non-Allo using recipients. But even then — thanks to the App Preview Messaging API on Android — they took the form of notification spam. Essentially, SMS was only there as a means for Google to get you to foist Allo on your friends. 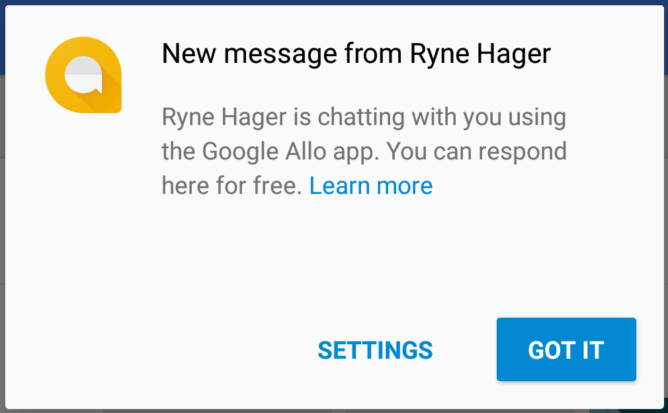 But this was just the initial release. Plenty of Google apps and services have improved with time. If enough people adopted Allo, maybe Google would fix things?

Allo was catapulted to the #1 position on the Google Play charts for Top Free Apps almost immediately after launching, accumulating over 5 million downloads in a week. It was an impressive milestone that even silenced many of Allo's critics. After so long, it seemed possible that Google finally had a messaging hit on its hands.

But two weeks later on October 4th, 2016, Allo had fallen in the charts almost entirely off the top 100 list. Three months later on January 31st, it wasn't even in the top 500 anymore. What happened? 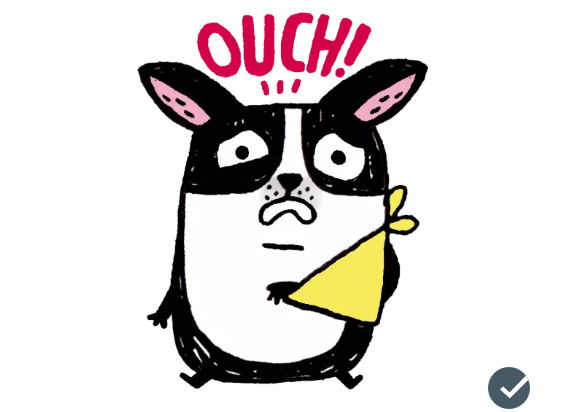 Google pushed out update after update in fairly quick succession following the v1.0 release, but it wasn't able to turn the tide. It turns out stickers aren't a band-aid, although Google tried really hard to make them one. By the time the April update for arbitrarily limited yes/no polls rolled out, it was becoming clear that Allo was targeting a demographic that probably didn't exist. Visual features and sticker packs couldn't overcome the app's fundamental shortcomings.

Google switched gears a bit and began rolling out features that catered to an expansion in utility. It added things like document sharing, chat backups, and a web client. These were the sort of genuinely useful features that Allo's progenitors had, but they were only a small number of the significant and essential details that most of us needed, and they didn't arrive until nearly a year after it launched.

Since the web client was released, Allo's updates have rounded out the product Google built. It expanded functionality in simple ways, like web stickers and sticker sorting, in-chat translation, group chat mentions, and a multitude of smaller quality of life improvements. The app was even around long enough to merit UI tweaks.

But none of these updates changed the simple fact that no one was using Allo. 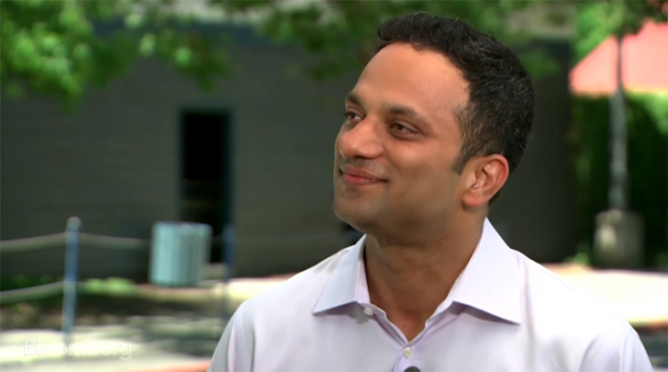 Perhaps seeing the writing on the wall, Google's Head of Product for Allo, Amit Fulay, split for greener pastures at Facebook. Shortly after his departure, Allo's final update landed later in January of 2018, and that was followed by an outage that almost escaped detection in a vacuum of disuse. Since then, the project as a whole seems to have stalled out.

Of course, we know now, thanks to The Verge, that Google has re-prioritized its development efforts onto RCS/"Chat" in Android Messages. This is apparently under the assumption that, as the more popular app, it's more likely to succeed where Allo failed. Odds are that this transition has been in the works since Fulay's departure, if not earlier.

As of April, Allo's development is officially on pause in favor of other priorities. And just recently, a report at 9to5Google has revealed that Allo may be next to the chopping block and ready to join the 44 other (at the time of writing) services in the Google Cemetery.

So why did Allo fail?

Allo had the backing of one of the most influential tech companies in the world, and a sizable marketing effort behind it—going so far as to sling swag and grilled cheese on college campuses in a fruitless attempt to appeal to youths. With the full intent and attention of Google pushing it, Allo had a chance, if a slim one. But ultimately, the service had basic shortcomings that no degree of marketing snazz, stickers, or millennial appeal could overcome. 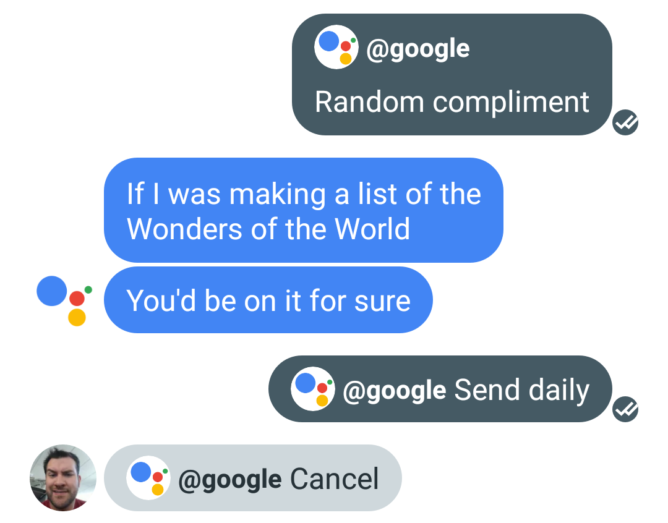 At its core, Allo was a messaging application that was anachronistically and needlessly tied to a phone number, rather than an account, with limited platform support. The later release of a half-baked web client partially mitigated that, but it still wasn't a proper solution. Compared to Google's previous platform, it still lacked vital features customers had come to require in a messaging service. Even today, in 2018, I know more people that use Hangouts than Allo, and Hangouts is basically dead.

The beauty of Hangouts was that not everyone you knew had to use it. SMS was always there as a backup, without the arbitrary distinction of green and blue bubbles, as in the case of iMessage. Even Facebook Messenger was able to accomplish the same feat, with the added benefits of cross-platform history and clients. From a feature standpoint, Allo focused more on the content of our communications than the means and methods behind them, and it was a tremendously ignorant oversight.

In retrospect, it seems like Google was trying to model Allo after WhatsApp, all the while refusing to understand that model had already failed in the US. It took the company almost two years to get the message, so I guess the folks at Google must have missed that notification in Allo, too.

We're approaching the end of Allo history, as a recent report indicates that Google is planning to announce its death. As we wait for that last word to fall, it's time to ponder and reflect upon Google's short-lived and misguided messaging platform one last time, and we've updated our historical editorial to include this latest (and possibly last) development.