To be clear, what seems to be happening here is that Google is taking its stock sound settings for Pixel and spinning them off into an app for other Android devices which, when downloaded, will provide Pixel sounds and audio visualizations. The latter of those two features will also no doubt arrive on Pixel devices. So far, though, Google has only taken the step of putting this app on the Play Store. The update to make these new features work hasn't arrived yet.

On the Google Play Store listing (which isn't showing up for some) there are screenshots of what the app will look like, complete with different-colored visualizations for a variety of sounds you're likely already familiar with if you have a Pixel. When we tried installing the app on the Razer Phone 2 and opening it through the sound settings, we didn't get any new ringtones or audio visualizations. Additionally, the screenshots did not show up properly on the Play Store. 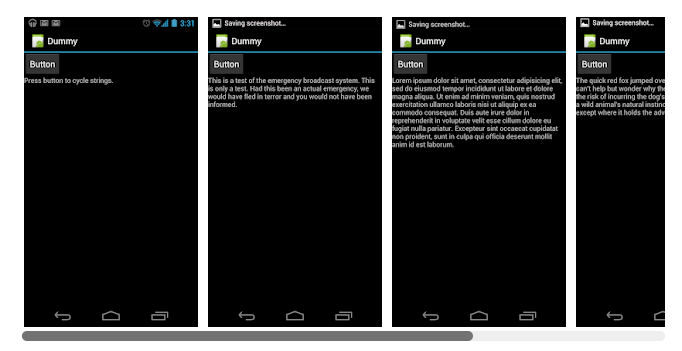 Some are seeing the above screenshots rather than the actual screens.

The situation was similar on the Mi 8 Pro, and we also tried downloading via APK on a Samsung Galaxy Note9 and got the same results. Meanwhile, Sounds was pre-installed on our Pixel 2, but when we traveled to the sound settings we found no new visualizations. Essentially, though there are screenshots and a Play Store listing, the new design and functionalities are not live yet.

According to some buzz in the Play Store comments, the update will be server-side, so you won't have to manually update to see the change. Given that Google put up the listing yesterday, it shouldn't be too long before we start seeing the new UI. The link to the app is available in the source below (if it shows up on your device) and you can also download the app via APK Mirror.