Chrome 70 was a relatively minor release (at least when it came to user-facing changes), and it seems like Chrome 71 is much the same. The latest version of Chrome is now rolling out to desktop platforms and Android, with a few noteworth changes — particularly involving the 'Duet' interface and autoplay.

Google spent over a year on Chrome's bottom address bar redesign, but it was canned at the last minute. Parts of the revamp turned into 'Chrome Duplex,' which is now called 'Chrome Duet.' Put simply, it moves Chrome's overflow menu to a bottom bar, and adds some other buttons for easy access.

Duet is still being worked on, and there are a few changes visible in Chrome 71. A share button has been added to the bottom bar, and the search button has a new gray outline. Also, the buttons have moved around in the tabs view, with the New Tab button on the left side and the overflow menu on the right. 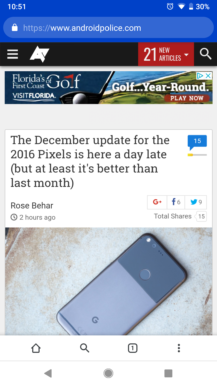 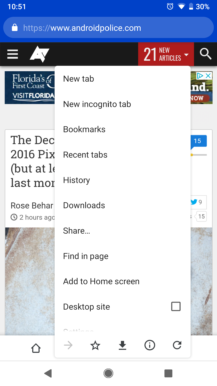 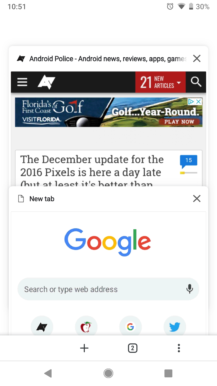 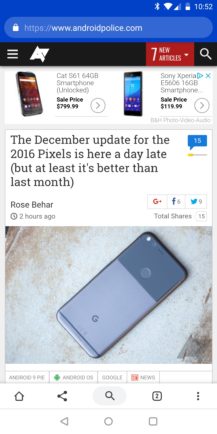 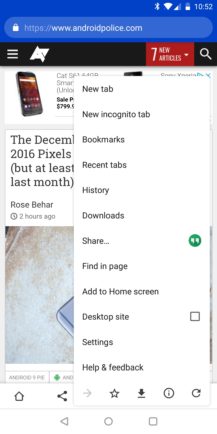 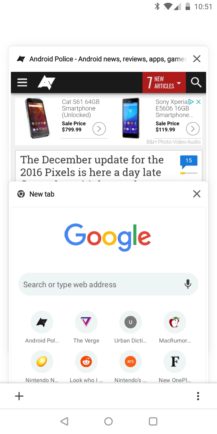 Duet has been rolling out to users on the Beta, Dev, and Canary channels, but it's hard to say when it will be switched on for everyone in Chrome stable. It could also end up being cancelled, just like the bottom address bar UI. To try out the Duet interface, you'll need to switch the #enable-chrome-duet option in chrome://flags to 'Enabled' and restart the browser.

Earlier this year, Chrome 66 was released with major changes to how autoplaying video and audio worked. Pages could no longer play video and audio automatically — at least not in all cases. Autoplay was only permitted under certain circumstances, like if the user had interacted with the site multiple times before.

Google has continued to tweak autoplay, in an effort to strike a balance between developers and users. As of Chrome 71, the new policy now applies to pages using the Web Audio API — a method of playing audio in a browser commonly used by games and web applications. Here's how Google describes the change:

Web Audio will follow the rules of the autoplay policy already followed by other parts of Chrome able to produce sound. When an AudioContext is created, it will start as suspended if it wasn’t allowed to play. Calling resume() will only start the AudioContext if it is allowed to play. Furthermore, a previously blocked AudioContext will automatically be resumed if start() is called on a connected node after the document is user activated.

In a similar vein, web pages can no longer use the Speech Synthesis API unless you have clicked/tapped on the page first. This was commonly used as a workaround for Chrome's autoplay block, as it still allowed pages to read text automatically.

Like always, Chrome 71 includes changes for both users and developers. Here are some smaller features that ship with this update:

The December update for the 2016 Pixels is here a day late (but at least it's better than last ...

Use Google Pay with Visa in the UK and win up to £50 or Home Mini, Aussies can win a golden ...