Fossil makes some of the most handsome Wear OS devices around, with simple, relatively traditional styling. From right now through the end of the week, many of their latest watches are on sale for $199. Depending on which you're interested in, that's a savings of up to $76.

To get it out of the way, no, this sale does not include the new Fossil Sport (and it's sold out besides). But it does include 13 different variants of Explorist and Venture watches, which are normally $255 or $275, depending on which band you're after. There's also a Rose Gold Venture box set that includes two bands and usually costs $325. It's on sale too, but for $243 rather than $199. 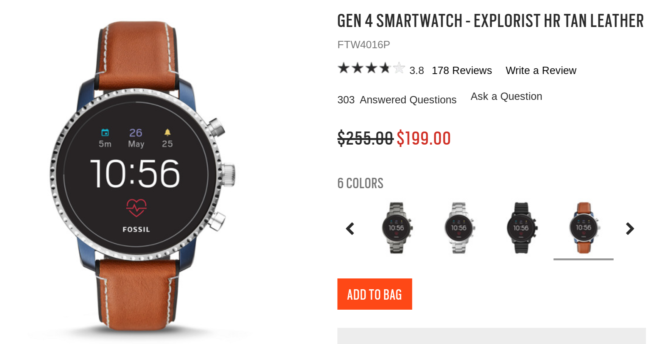 Good discounts on some good-lookin' watches.

The sale is on now and runs until 12 noon, Central time, on Sunday, December 9. You can read the full promo terms here. Head on over to Fossil to pick yours out.