9to5Google doesn't name its sources, but this wouldn't be an unexpected development. With Allo effectively dead (though technically still functional), it was surprising that Google kept Hangouts around as long as it did. Sadly, Hangouts is still widely used among certain circles — especially among Android developers and Google enthusiasts, given its integration into the company's other products and services, like Gmail.

Hangouts Chat and Meet, the two corporate-targeted Hangouts G Suite spin-offs, will continue to operate following Hangouts expected demise, according to 9to5Google. There isn't any word yet about what will happen to users' existing Hangouts data, though. Those relying on Hangouts chat histories should likely consider taking a Google Takeout sometime before it dies. 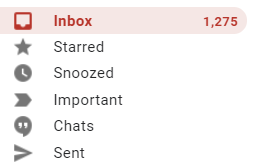 What will happen to those "Chats" in Gmail? Also, sort your inbox Artem, jeeze.

We reached out to Google for confirmation and with our questions surrounding the persistence of existing Hangouts data, but received no response by the time of publication. We'll update our coverage if any comment is provided.

Alternate title: Google to commit mercy killing of Hangouts in 2020, online petitions are awaiting your rage

Google's Product Lead for Communications, Scott Johnston, called the original report "shoddy reporting" and states no decisions have been made about shutting Hangouts down.

Hey @hallstephenj, I run Hangouts and this is pretty shoddy reporting. No decisions made about when Hangouts will be shut down. Hangouts users will be upgraded to Hangouts Chat and Hangouts Meet. Your source is severely misinformed. You can do better.

12 new and notable Android apps and live wallpapers from the last two weeks including Ralph ...