Bethesda has announced that The Elder Scrolls: Blades will now be released in early 2019. Back in June our own Corbin Davenport went hands-on with the title on the show floor of E3, which is where Todd Howard had teased the original release date of fall 2018. With the current kerfuffle surrounding Bethesda's Fallout 76, it would appear that it's probably not in the best interest of the company to publish a free-to-play game that takes advantage of the fan-favorite Elder Scrolls license, potentially explaining this unexpected delay. 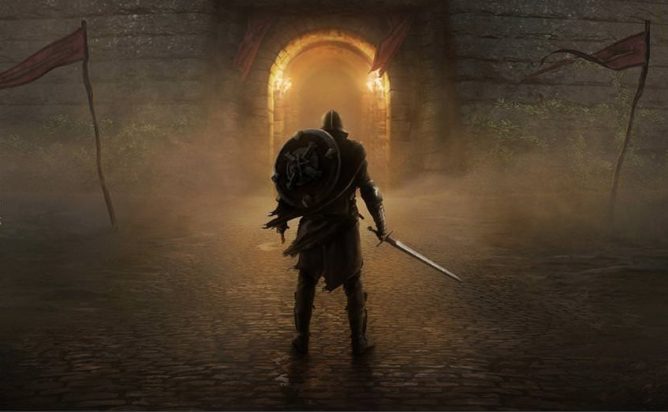 We already know that The Elder Scrolls: Blades is a mobile free-to-play title, and in the current climate this type of game (and the connotations that come with it) may not reflect well on the already wounded company. So I can't say it's much of a surprise to see the title pushed back to early 2019. While Bethesda has not made any official announcements as to why the game has been delayed, it seems pretty safe to assume its current standing with fans could have had a lot to do with it.

If you're still eager to get your hands on the title, you can pre-register for The Elder Scrolls: Blades on the Play Store or pre-order on Bethesda's official website. Sadly, there is no word when the planned early access will actually go live, though I would imagine it has probably been pushed back too.

For those of us that were waiting to get our first taste of The Elder Scrolls: Blades, it looks like we are going to have to wait just a little while longer. My main worry about this delay is that the early 2019 date may just be a placeholder and that it could take even more time before the community is ready for a mobile interpretation of such a beloved series. One thing is for sure, the free-to-play monetization in The Elder Scrolls: Blades better not be too aggressive, or Bethesda may indeed face yet another backlash when this title finally lands on mobile.

Spotify tests letting you import local songs on Android, a tabbed Library view, and other ...

NVIDIA SHIELD Android TV re-review: Not the box you bought three years ago