Motorola is gearing up for a new generation of budget smartphones, and they will predictably be called "Moto G7." Over at the FCC, the Moto G7 Play has popped up complete with photos, specs, and more. if you liked the Motorola Power phones, you'll like this. Otherwise, get ready to hate another notch. 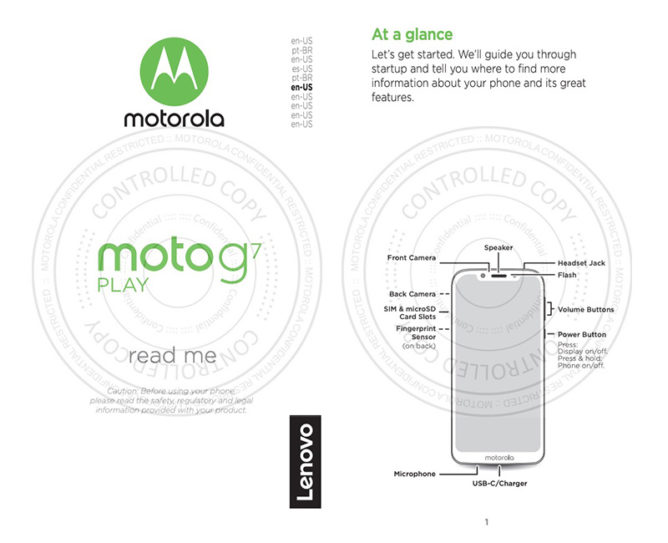 The phone (model XT1952) has a single rear-facing camera, which is expecrted for the "Play" tier phones. There's also a fingerprint sensor below the camera. Around frint, there's a rather large notch that spans most of the top. Below that, yep, there's an equally oversized chin. At least you still get a headphone jack. On the inside, you can expect a 2,820mAh batery, and that's a departure from previous Moto Play phones. The G6 Play had a 4,000mAh battery—that was its reason for existing. It's not clear why you'd buy the G7 Play with a dinky battery. It does sport a better SoC this time around; a Snapdragon 632 vs. 427 in the G6 Play. There's nothing related to a release date in the documents, but we'd expect a spring announcement alongside other G and E-series phones.