The Nokia 3.1 is a solid budget phone; in his review, Corbin said it was just about the only decent phone in its price bracket available in the States. Last week, we saw it become an even better deal at Best Buy, dropping from $160 to $140, and now it's even cheaper at $130.

There's a lot to like in the 3.1, including a surprisingly serviceable 13-megapixel camera, and clean Android 8.0 Oreo thanks to Android One. There are downsides, too, of course: no fingerprint scanner, just two gigs of RAM, and Micro USB charging. Probably the biggest hurdle for many people, though, is carrier compatibility; the 3.1 only works on GSM networks, meaning no Sprint or Verizon support. But, again, it only costs $130. 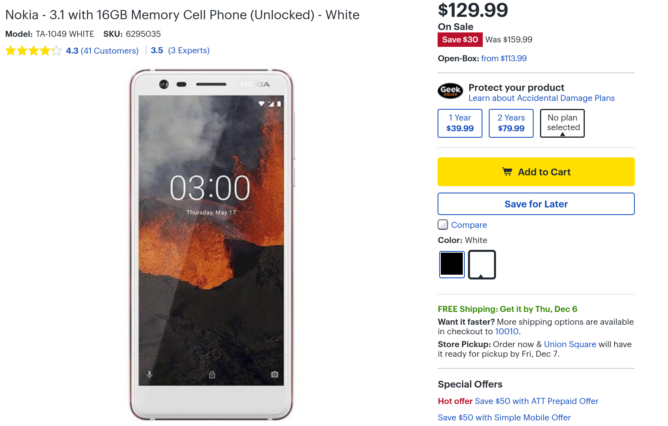 If you're not put off by any of the above stipulations, the Nokia 3.1 may be right for you. You can get the white model for $130 at Best Buy's website right now; the black one will cost you an extra 20 bucks.