Chuchel is a strange, hairy little guy faced with a variety of different situational puzzles you've got to help him solve. The fuzzy little creature, along with rival Kekel, is perpetually in search of a delicious-looking cherry, but every time he comes close to taking it for his own, something stands in his way. Whether it's a gelatinous blob playing keep-away or a disembodied hand reaching down from the heavens to take the cherry elsewhere, poor Chuchel can't catch a break.

The game, divided into quick and humorous vignettes, finds you interacting with a varied cast of strange characters to solve the puzzle at hand and hopefully retrieve the prized cherry Chuchel has his eye on. Through a familiar point-and-click interface not unlike the systems seen in other Amanita Design games, it's your job to figure out how to do some pretty outlandish things. It's strange, but playful, with intuitive puzzle solutions that may initially frustrate you, but then reward you with legitimately funny interactions between Chuchel and the colorful world around him.

The trailer below does a great job of illustrating the game's penetrating strangeness. Chuchel is shown on his quest to claim the aforementioned cherry, which is floating in one half of some yellow fellow's skull. Sometimes he's shot at with ray guns by a tall blue guy with no eyes. It's supposed to be comedic, but you might take it as unsettling with creatures like these hanging around.

Previously, Chuchel debuted on PC and Mac, and now it's finally rolled up on Android devices. Its official release date, according to the trailer, was supposed to be Nov. 29, but you can purchase it today for $4.99 if you're so inclined. 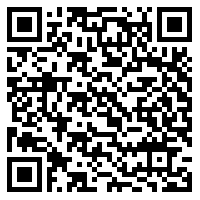