The Pixel Slate is one of the most confounding products I’ve used in my time at Android Police. On the one hand, it feels mature: Chrome OS truly is a real operating system in 2018, and using the Slate as I would any other Chromebook is a pretty great experience. On the other, it’s also frustratingly unfinished: Chrome OS isn’t much of a tablet operating system in 2018, and that’s not something that’s going to change overnight. That can make the whole “slate” part of the Pixel Slate seem like an afterthought. (Note: This isn't our review, which will go live later in the week, because I want some more time with this thing.)

And sure, you could have easily predicted as much the moment the hybrid detachable was announced last month. These are things that are obvious to anyone who’s used a Chromebook or an Android tablet in the last couple of years, and slapping one’s exoskeleton on top of the other isn’t going to do any whizz-bang magic you hadn’t expected. Which is to say: when it comes to software, the Pixel Slate is not somehow unexpectedly more than the sum of its parts. Google has not pulled any rabbits out of hats. But I also don’t think it needed to.

Good enough is good enough, at least to start.

The Pixel Slate is exactly the “good enough” product Google has desperately needed to play catch-up with Apple and Microsoft in the very-sexy-but-mostly-to-tech-journalists detachable segment - and "good enough" is good enough, at least to start. There’s no way Google could afford to stay out of this market, and the Slate is a perfectly competent if not game-changing product. It also just makes good sense given the state of the space, straddling the middle ground between the “I literally live in Excel and Outlook” Surface Pro and the “this is for emails that are too long to type on my phone” iPad Pro. The Slate has a wonderful screen, loud front-facing stereo speakers, two USB-C ports (alas, no headphone jack), a selection of zippy Intel processors (my review unit is an i5), and great battery life. 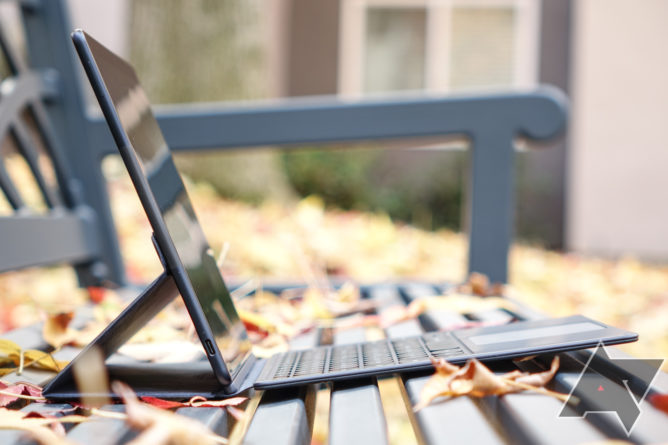 But it runs Chrome, and so it is here the Chromebook naysayers invariably derail comparisons to "serious" computers, claiming the platform lacks the baseline credibility to warrant one in the first place. A persistent drought of applications for video editing, music creation, design, image manipulation, and “Serious Productivity” (which is not a thing) remains an easy target, but one that I don’t think is entirely fair. First off, the loudest cries here tend to come from those invested in platforms they don’t have any serious interest in leaving - people who wouldn’t move to Chrome OS even if they could. Second, I don’t get the sense Google is trying to convince these people to abandon Windows, MacOS, or even iOS, so the whole point - that Chrome OS doesn’t make goal posts of other platforms - feels increasingly moot.

A computer for the next billion

The vast majority of people buying computers have no idea how to do anything in Adobe Premiere or a DAW or any other Very Serious Software - and they never will.

You may not know it, but millions of American schoolchildren use Chromebooks every day. Keeping them on Chrome OS into their 20s and beyond is of huge importance to Google. Arguing to deeply entrenched, tribal audiences that they should try something new is... not. The 40-something corporate demographic will likely never be interested in a Chromebook for “work,” and nor will independent musicians and designers who demand a huge range of highly specialized software often only available on iOS and Mac. But curiously, it’s these people and their workflows that receive the lion’s share of attention in product announcements - even though they make up an absolutely tiny sliver of consumer sales. That's because the power of suggestive marketing is compelling: trumpeting support for the newest iteration of a well-known creative application suite is a keynote standby, and a flashy demo from a partner can convince regular consumers they, too, will realize their creative dreams - if only they buy into an ecosystem.

Yet the vast majority of people buying computers have no idea how to do anything in Adobe Premiere or a DAW or any other Very Serious Software - and they never will. These use cases are, for most people, utterly imaginary. 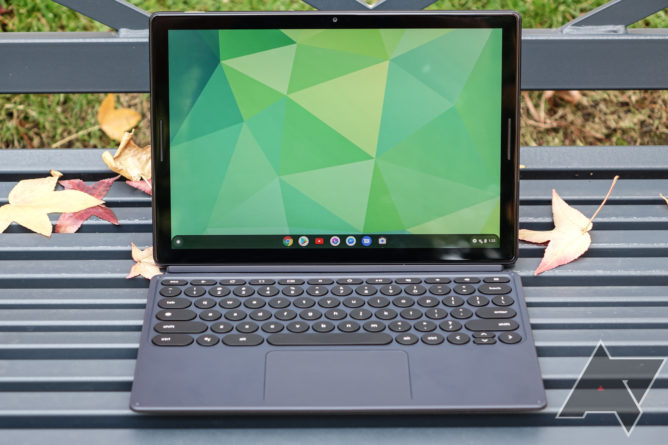 Chrome OS, though, asks us a simple question: How much of your time is spent in a browser window?

Yet these are still the things that appear without fail in Apple and Microsoft commercials, plastered on billboards and product pages, as though this is what everybody is using a computer for. Chrome OS, though, asks us a simple question: How much of your time is spent in a browser window? For virtually all of us, the answer is “a lot - and more than ever.” Think about it. In a browser, you can watch pretty much any movie or TV show. You can do your banking, pay bills, all your online shopping, manage travel, email, use all your chat platforms, and consume limitless content. And, increasingly, you can do even more if you invest in Google’s platforms.

Google Photos is a perfectly serviceable image editor, and its cloud storage and searchability make it leaps and bounds more practical than local photo management for most people. Google Docs has gone from a laughingstock to being as unenthusiastically accepted for its ubiquity in the workplace as Microsoft Word. Google Duo is finally bringing native video chat to Chrome OS. Android Messages on the web makes texting from your laptop a pretty painless experience. Most web apps today support notifications, providing a more native feel. And the Pixel Slate’s new Assistant integration is insanely fast, giving Google’s unmatched AI a much-needed performance boost on the platform. Google’s Project Stream is even teasing what browser-streamed gaming could be like, and for the most part, it seems pretty promising. And for what you can’t do in a browser, Android apps have proven a surprisingly capable, if far from perfect, augment to Chrome OS’s stripped-down sensibilities. 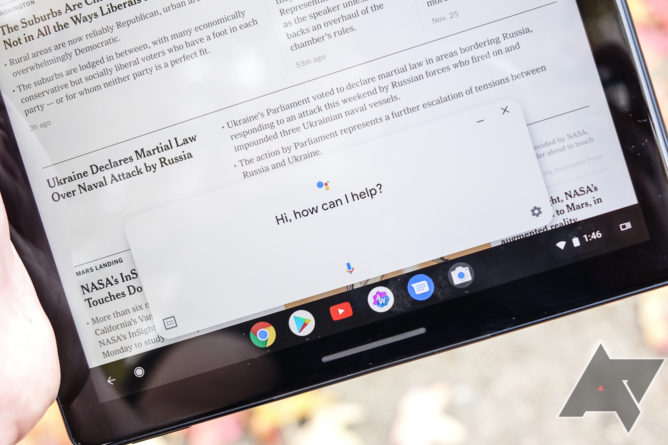 Taken together, these things make the Pixel Slate feel like the future; a manifestation of Google’s larger web-first platform vision. But if Chrome isn’t a platform you’re interested in, the Slate won’t change that - and I doubt any Chrome product would. And even if you are invested in Google services and like Chrome OS, the Slate is still a dubious choice for most: paying $600 or more for a tablet to watch Netflix, YouTube, and display recipes in the kitchen is, you’ll have to excuse me, insane. If that’s what you want, buy a basic iPad - they’re half the price and have native apps you’ll actually like using. And let’s kill that argument before it gets started: The Pixel Slate isn’t Android’s iPad (even if it competes with the iPad Pro). There’s never going to be an Android iPad. The iPad completely dominates the market for “people who want iPads.” Even Samsung can’t crack that nut.

Chrome's strength is the Slate's weakness: The web itself

The mobile web was designed for touchscreens, but the desktop web just isn’t there yet.

For all the nice things I have to say about the Slate, I can't suggest anyone buy a standalone Chrome tablet, at least not yet. Chrome OS isn’t a very good touch-only experience, especially on a screen this large. The virtual keyboard is nigh-unusable on a 12.3” display. Touch targets on webpages are often either unresponsive or far too responsive (things get pressed while scrolling, for example). Notifications are constantly getting in the way and are unreasonably annoying to dismiss. It’s all clearly a result of Chrome being a web-first platform. The mobile web was designed for touchscreens, but the desktop web just isn’t there yet, and Chrome’s desktop browsing experience in a touch environment is highly imperfect as a result. Granted, it’s still a lot better than it would have been even five years ago, which goes to show how quickly the web is evolving and adapting to the capabilities of our devices. 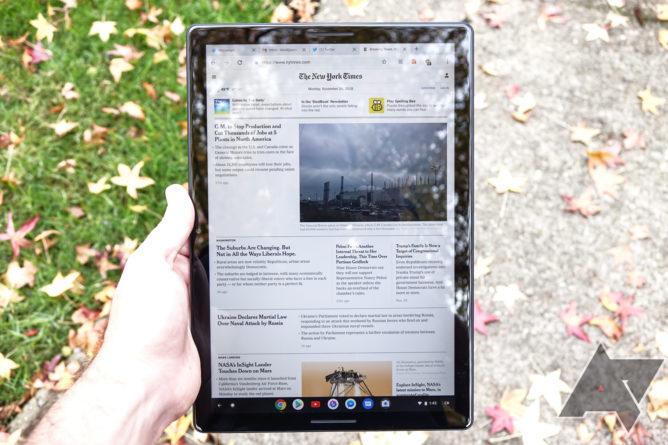 The flipside to all those issues is that you’re probably buying the Pixel Slate because you want a Chromebook that doubles as a tablet, not the other way around (but if you are, my advice is: don't) - and so none of them actually matter a whole lot. The Pixel Slate is far and away a better laptop than an iPad will ever be because it runs on a platform that was designed from day one for laptops. And here’s the unvarnished truth about all those video editing and content creation apps on iOS: they were never coming to Android or Chrome OS anyway (Google says Adobe Premiere Rush is coming, which, OK). That means the only tablet tasks that actually matter for Chrome all come down to content consumption.

And when I do want to use it as a tablet for Netflix, YouTube, or just reading the news, the Pixel Slate is totally fine! It’s not the polished, seamless touch-first experience of iOS, but it doesn’t need to be in order to do these things. Do you actually need the Netflix native app to use Netflix? Or YouTube? Or The New York Times? Of course not, and anyone arguing otherwise probably hasn’t used the web versions of these services in years and should be utterly ignored. In the end, watching YouTube in 4K on the Pixel Slate on the web is no different than watching it on the iPad Pro in the app, and who cares which you’re holding at that point?

Understanding the Pixel Slate as part of this larger picture - of the evolution of the web itself - requires taking a step back that a product review really can’t afford to.

I’d also argue strongly that Chrome OS is becoming more capable more quickly than iOS, MacOS, or Windows, and that many of its rough edges in touch-first applications will iron out over time (as has demonstrably been the case with Chromebooks). That’s because Chrome OS’s evolution is as much a function of the OS changing as it is the web itself just getting so much faster, richer, and more powerful. And sure, that benefits all platforms - every computer has a browser - but it has an outsized effect on Chrome OS because of that web-first philosophy (for example, as desktop web experiences become more touch-friendly, a Chrome tablet becomes far more more viable).

Understanding the Pixel Slate as part of this larger picture - of the evolution of the web itself - requires taking a step back that a product review really can’t afford to. And that’s why, when our review does come out, I won’t be recommending the Slate for most buyers (it’s far too expensive and limited as a standalone tablet, and the Pixelbook is the premium Chromebook to buy unless you really want a huge, unwieldy, pricey detachable). I still think releasing it was the right call. The Pixel Slate is the band-aid that Google finally ripped off - and it’s one they’ll have to keep ripping off for years to come. It’s necessary. Because of that, I have a feeling that even just a year from now, it won’t be the same product that launched today - it’ll be better. And that’s what makes Chrome OS so exciting. But the here and now still matters, and right now the Pixel Slate is expensive, compromised, and probably more than a little confusing to your average consumer.

Par for the course for a Google product, then. 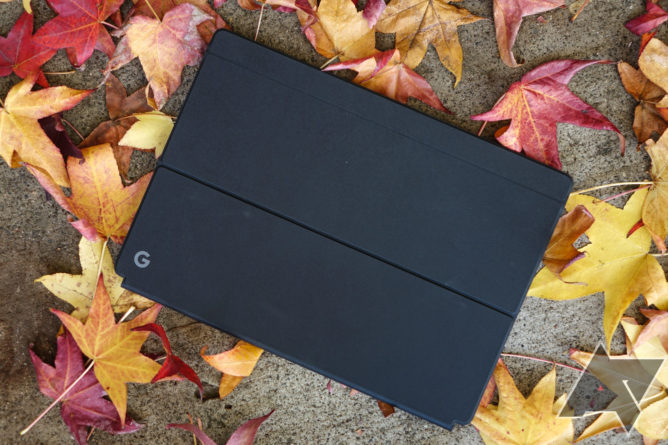 Android 9 Pie has started rolling out to the Nokia 7.1