The Link 500 is JBL's flagship smart speaker. It uses two 89mm woofers and two 20mm tweeters to output 60W of power. It can stream music via both Wi-Fi and Bluetooth, and the Assistant integration allows it to act as a Home speaker. However, it's worth noting that it does receive new features later than Google's own Home speakers.

Several retailers, including , B&H, and JBL's web store, are taking part in the sale. Best Buy and Newegg are already sold out, so you'd better hurry if you've been in the market for a large smart speaker.

JBL's smaller/cheaper Link 300 is also on discount for $150 (down from $250 MSRP) at retailers including Best Buy, B&H, and JBL's own storefront. 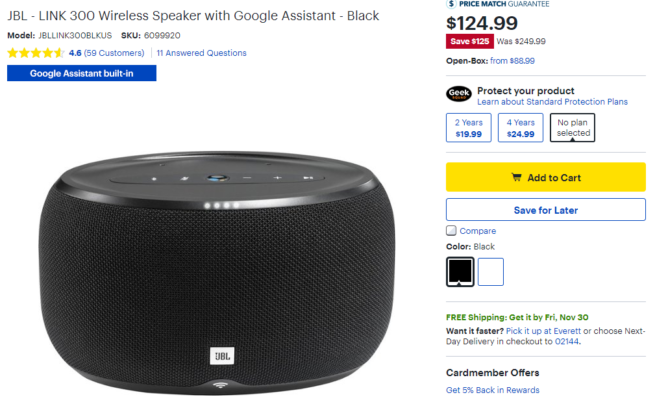 Amazon's listing for the JBL Link 500 has increased in price as well, though other retailers are still showing the discount.