Arlo's Pro cameras are wireless, weather-resistant ways to kit out your home with smart security cameras, but they're a bit on the expensive side. For some perspective now the Arlo Pro 2 5-pack is a hair under $1,000 over at Amazon. But if you're a Costco member, right now you can pick up that five-camera bundle for $700, and Woot has refurbished three-, four-, and five-camera kits for $200-300.

Costco is advertising the $700 deal as being $100 off its $800 price, but for some reason, Amazon's pricing for the same set has held steady at or around $1,000 for quite a while, so the savings could be even greater. 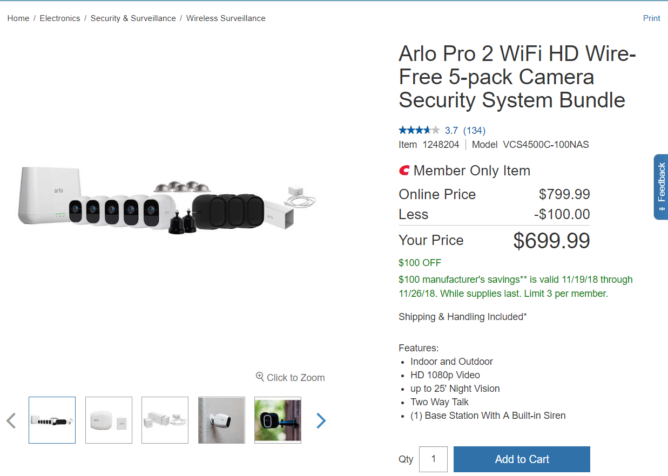 We think the Arlo Pro 2 line is still the best wireless camera you can get, but the platform does have a few limitations, like dark nighttime performance, a derpy app, and slow wakeup times. You can read our full review for more detailed remarks.

According to Costco, the Pro 2 bundle comes with the following:

The listing says that this discount is set to end on 11/26, so you have until Cyber Monday to decide if it's worth your while — assuming Costco doesn't run out. 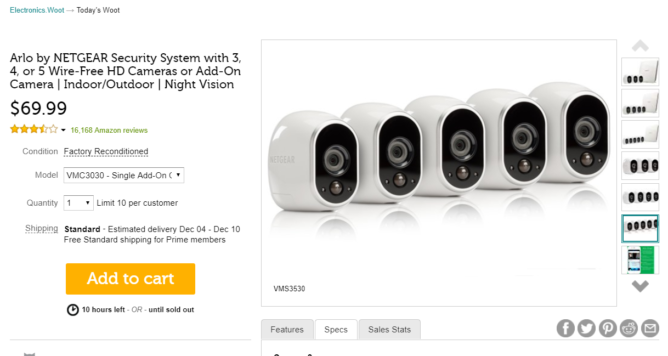 Woot's refurbished deal, on the other hand, will expire tonight, if it doesn't sell out before then. Options include three-, four-, and five-camera kits for the OG Netgear Arlo at $199, $249, and $299, respectively. For $69 each, you can get an additional add-on camera, too.

Unlike the Pro 2, the OG Arlo only spits up to 720p resolution, though they're still wireless and weatherproof.