Carriers aren't looking to cut you a deal. Installment plans are just contracts by another name. Last year's phone is not "just as good" as this year's.

These are the three golden rules of Black Friday smartphone shopping. There are other important things to consider, sure, but those are the fundamentals that everyone needs to know and abide, because if you don't, you could end up with a phone you don't want that's stuck on a carrier you don't want to be with. And that sucks.

Rule #1: Carriers are almost always to be avoided

Carriers bust out a crazy amount of promotions and discounts for Black Friday, but there's one deeply telling and consistent omission: service discounts.

Carriers almost never, ever discount service on a promotional basis. If they do, it's because they're desperate to add subscribers and can't do so through typical retail channel promotions (cheap phones). T-Mobile used to occasionally offer some limited-time family plan deals here and there, but those have gone by the wayside, and Verizon and AT&T never discount service. I'm not sure about Sprint, but I also wouldn't recommend Sprint to my worst enemy because of their awful phone "leases" and terrible throttling policies. But I bet they're not cutting rates for Black Friday either.

I don't mean to single out Verizon, but this logo just feels appropriate.

No, a carrier's goal on Black Friday is twofold: get rid of phones that are old or aren't selling well, and lock customers into years of in-effect contracts to keep raking in that undiscounted service revenue. Oh, and to sell you hugely overpriced phone cases and Bluetooth speakers (seriously, friends don't let friends buy phone accessories at a carrier store - go on Amazon or Aliexpress or eBay like a human being with a modicum of fiscal sensibility).

Your carrier isn't your friend on Black Friday. As a rule, just don't even bother unless you know exactly how a deal is going to work out for you and you are completely certain you're going to be happy with your decision.

We publish carrier deals for Black Friday because we know some people do plan to stick it out with their provider for years and want to know if a particular phone goes on sale, but we generally don't recommend them as a reason to switch carriers (or plans), let alone get latched to one for two years or more. And, speaking of that...

Over the course of 24 months. In bill statement credits. And that's the gotcha with all of these installment plan deals: you get the discount over time and you have to stick with your carrier for the duration. If you decide to ditch your carrier a year into your phone installment plan payments, sure, you can pay the remaining balance, but you then lose all of those bill credits you haven't yet received. Suddenly, your $400 discount becomes a $200 discount, and you have to pay to buy out the phone. Installment plans are bad and you shouldn't use them, so don't let Black Friday lure you into one. You'll be stuck with your carrier for two years because you don't want to lose your "deal," when all you may have really wanted was cheaper wireless service or a more value-oriented smartphone. 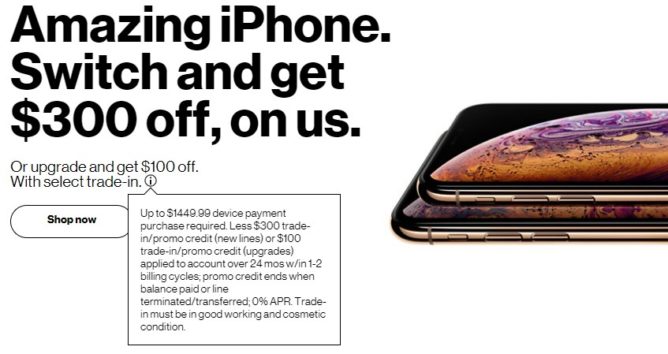 Trade-in promos suffer the same problem as installment discounts - they're paid out over time in not-money, attaching you at the hip to your carrier.

But what about trade-ins? Also to be avoided, and for the same reason: you're getting that bonus trade-in "credit" over the course of the installment plan. Sell your old phone on a service like Swappa - you'll get actual, real money for it (and probably a fair bit more).

Another thing to remember about installment plan discounts is that, generally speaking, carriers offer the deepest discounts on phones that aren't selling very well or that are a little older - which brings us to the next rule.

Friends, do not let your parents, relatives, or coworkers buy a Galaxy S8 because "there's a crazy good deal." Don't let them buy an LG V30, or a Galaxy Note8, or whatever HTC pulls out of the dumpster.

You should always be buying the best phone you can afford. It will get software updates longer, the battery life will likely be better, the camera will be better, and so will half a dozen other things you may not care about right now but probably will in two years when your phone inevitably transitions into the "now I hate this" stage of its life where it does everything too slowly and doesn't last long enough on a charge. 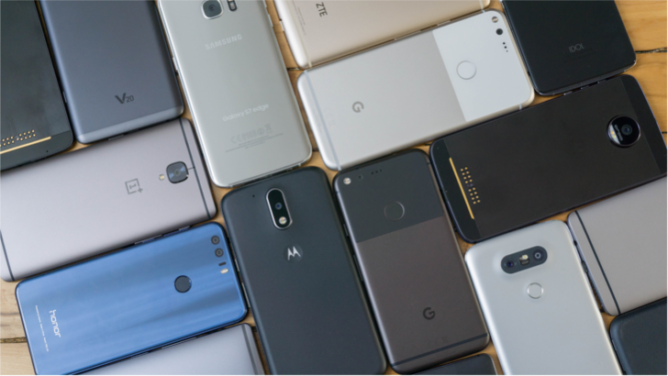 Buying last year's phone is not the smart move for thrifty shoppers. If you want a good phone at a discount, you should be buying a used newer phone, not a brand-new older one. You can still save hundreds on a high-end phone that came out three months ago - Galaxy Note9s are going on Swappa in mint condition for under $700. That phone was $1000 when it launched, and you probably had to pay sales tax on that!

If you're dead set on your phone needing to be brand-new, there are discounts on unlocked phones without installment plans or contracts. OnePlus is selling the OnePlus 6 at a $100 discount, and Google is offering Pixel 3 and 3 XLs for $150 and $200 off on the Google Store starting Friday. You can get a Galaxy S9 for $520 - that's a bargain. These are new phones!

Here are a few bonus tips to help you scout out the actually-good phone deals over the holidays (and yes: there are always exceptions to rules, but these are good ones for most people).

With all that in mind, you'll quickly realize that there are fewer real "deals" on smartphones on Black Friday than meets the eye. Most are designed to get you to sign up for years of carrier service or buy a phone a carrier hasn't been able to sell (often, for good reason).

Google adds Delhi and Bangalore to Neighbourly, with more cities on the way