Black Friday can be an absolutely overwhelming time to shop. The sheer volume of deals seems to grow ever more gargantuan each year, as do the number of days before the day that shall not be said again where good deals start to pop up. While I can't promise you that the eight we're highlighting here are the very best deals of all time, they're ones we feel have provided the strongest balance of value and desirability (as well as relevance to AP readers) so far. So, here they are in no particular order. 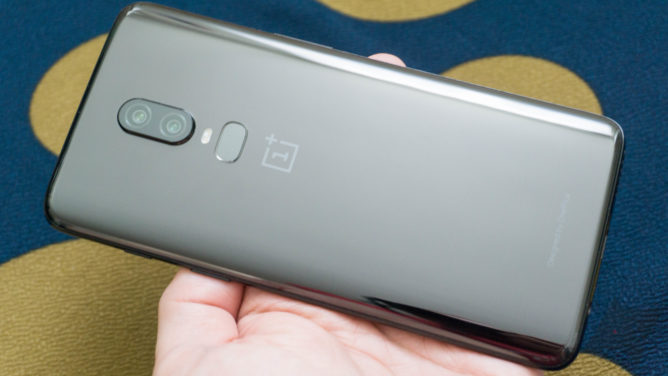 The OnePlus 6 was a great phone at $529 earlier this year. And while the new 6T offers better battery life and a slimmed down display notch, the standard 6 is still an absolutely fantastic handset for most people. With major updates to the camera processing software, OnePlus has gotten its phones closer than ever to the "real" - and much more expensive - flagships.

OnePlus is offering what is likely its remaining stock of OnePlus 6 phones for $429, $100 off retail - and OnePlus phones never go on discount, so this is a pretty unusual deal. For what you're getting, $429 is a pretty hard price to argue with, and you can be sure there's absolutely nothing on the market that's going to come within fifty dollars of that figure while even approaching the OnePlus 6 for features and capability. It's easily the best smartphone deal of the season, if you ask me. Details here. 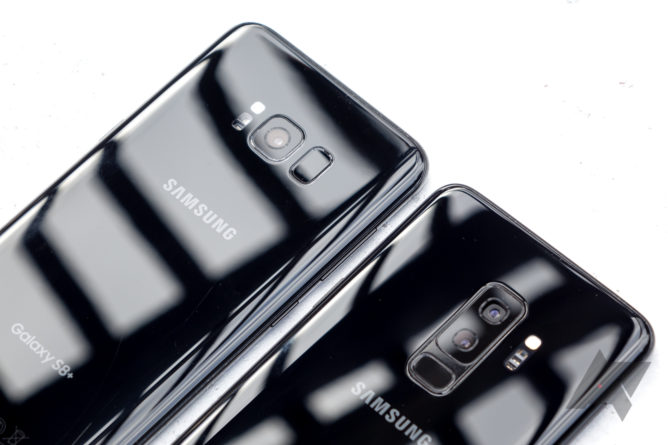 You can get a brand-new unlocked Galaxy S9 with a US warranty from Amazon, Best Buy, B&H, and others right now for $520. Sure, the Galaxy S10 is dropping in three or four months, but this is a very substantial savings on a phone that's supposed to be getting Android 9 Pie in January and still packs some of the best features in any smartphone on the market. It works on all four carriers, it's waterproof, it has a great camera, one of the very best screens on any smartphone out there, and you'll have about a million different cases to choose from to protect it. Fast wireless charging, Samsung Pay with MST, and Samsung DeX also provide some unique value-adds competitors just can't match.

Samsung has a whole bunch of deals going on for Black Friday, so don't forget to check out the rest of them here and here. 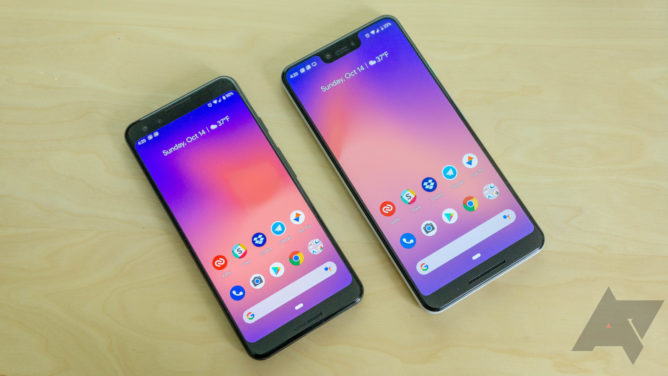 Google is offering Pixel 3s on a buy-one-get-one-50% off deal until Friday on the Google Store, at which point flat discounts will take over. If you're looking to buy two phones, though, the BOGO50 deal here will end up being the better option. Here's how the math on the Pixel deal breaks down.

In short, if you're buying two phones, you're saving a minimum of $350 instantly (versus $300 at the flat discount rate going live Friday), and up to $450 (versus $400 starting Friday) if you're buying two 3 XLs. While the (very good) flat discounts make far more sense for most people, if you want to maximize savings, this is actually a way to save another $50. For all of Google's Black Friday deals, check out this post.

Fossil just launched Sport smartwatch, one of the first Wear OS devices with Qualcomm's new Wear 3100 chipset, supposedly offering superior battery life and more fitness features. Fossil's running a sitewide sale right now that will let you knock 30% off the retail price of this brand-new wearable, and one reader points out that it's possible to take another $20 off that using a RetailMeNot code. That brings the watch down to $158.50, and even for a last generation Wear OS device, that'd be a pretty palatable price point.

We haven't had a chance to review it yet, but if you're itching to get in on the next generation of Android-powered smartwatches, this Fossil Sport deal will probably be pretty hard to beat, even months from now. Check out the deal page here - you'll need to use the code 'BLKFRIDAY' to get that 30% discount.

SanDisk just released its brand-new A2 class microSD cards last month, but the prices on them are already falling like rocks. Case in point, this A2 Extreme PLUS card is just $30 on Best Buy. If you want to know why this card is the fastest, I suggest reading the full deal post, but the short version is: SanDisk is the only company making A2 rated microSD cards right now, and they're guaranteed to have random read and write performance at a much higher level than even the relatively new A1 class cards, meaning they're the best card you can buy for running apps or other intensive use cases on external storage. (Faster UHS-II [often rated V60/V90 for video capture] cards exist, but they don't work at full speed in your phone because they require a different pinning layout, so don't waste your money. They're also way more expensive.)

The card at Best Buy "lists" for something absurd like $270 (yeah, OK), but really, this is the lowest price on the internet for this card - Amazon has a slightly slower SKU (the non-PLUS version) for $35, so this Best Buy deal is a no-brainer.

The Lenovo Smart Display is, on balance, our favorite Google Smart Display. It combines good audio quality, a great display, and a lovable design. Where Google's Home Hub lacks much audio presence and JBL's Link View is a booming bit of an eyesore, the Smart Display straddles the middle: stylish, loud enough for music, and nice to look at. Best Buy is offering the 8" model for just $100 - half off retail. That deal probably won't last forever, so if you want a smart display, this is the one we recommend pulling the trigger on. 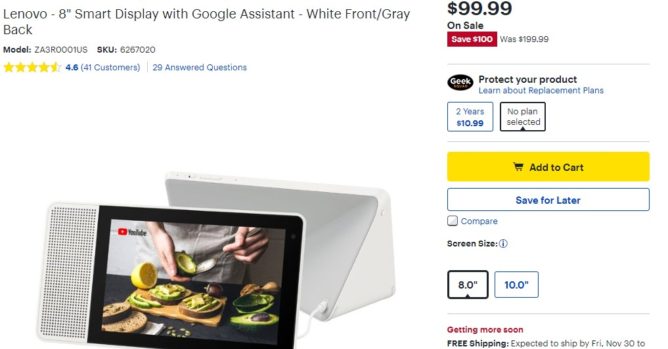 This is the best Google Pixelbook discount we've seen yet, dropping the Core i5/8GB/128GB model of Google flagship Chromebook to $699. One of the better parts of this deal? B&H is included, and they're not charging sales tax for anyone outside New York, making it an even bigger potential discount. You can also get it from the Google Store or Best Buy, and the 256GB and 512GB SKUs are on offer as well (though we really don't recommend either unless you absolutely need more storage... on a Chromebook).

While the Pixelbook may get even cheaper eventually, we doubt it's going to happen before the new year, and even if it does drop below $700, it probably won't be by much - and there's no guarantee it'll happen at all.

We love Chromecast here at Android Police, but there's no doubting that Amazon's 4K Fire TV Stick brings value that Google's smart TV dongle lacks: namely, a user interface and a physical remote. With 4K and HDR support on board, the Fire TV stick really is the best buy in the smart TV dongle category right now, and at $35, there's just no arguing with Amazon here. This deal should run through the weekend, but we're not expecting the 4K stick to get any cheaper than this - it's got to be almost costing Amazon money to sell them at this price.