Google's Duo video chat app was initially only available for phones, since it was tied to a person's phone number (much like WhatsApp). The ability to link a Duo number with a Google account arrived earlier this year, which enabled Duo to work on multiple devices — including tablets. For unknown reasons, Google only allowed a certain number of Chromebooks to install Duo from the Play Store, but now that limitation seems to have been removed. 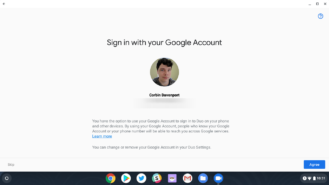 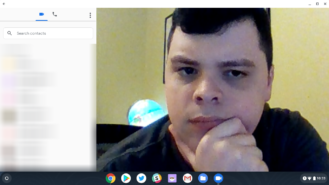 The setup process and functionality is identical to Duo on tablets. Once you connect Duo on your phone to your Google account, you can call anyone from your contacts. The first call I tried to another Chromebook crashed after a few seconds (possibly because I'm on the Chrome OS Dev channel), but subsequent attempts worked fine.