Android TV came out in 2014, and we all expected it would be further along by now. It's not dead, but the number of available boxes is still small, and there's really only one that's worth buying (the Shield). Android TV uptake might be on the upswing with TV providers showing more interest. AT&T is rolling out test units of its Android-powered DIRECTV box, and the interface looks quite different than what we've seen on Android TV before.

The DIRECTV Now box (model C71KW) runs on Android TV 8.0, and it uses the seldom-seen "operator tier" launcher. That means AT&T can customize the interface to match its branding and features. The box allows you to watch live TV, so it always opens the live TV interface when woken up. 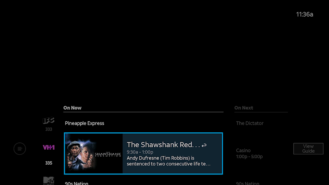 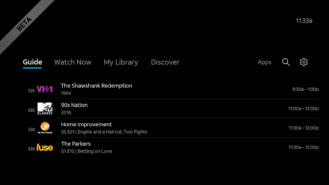 The main UI consists of four tabs: Guide, Watch now, My Library, and Discover. Guide is, of course, tied into the live feed and isn't part of other Android TV implementations. Watch Now is a bit more familiar with the boxes of suggested content, but it focuses on live TV right now. The My Library tab is where you'll go for all DVR'd content, and the Discover tab includes links to browse content by type. 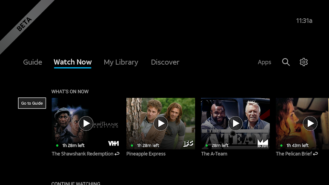 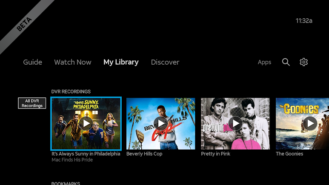 Off to the left, there's an Apps shortcut. It's Android TV, so it has the Play Store and access to plenty of streaming apps. However, there's no Netflix right now. The app is allegedly undergoing certification for inclusion in the firmware, and it should be ready in a few months. 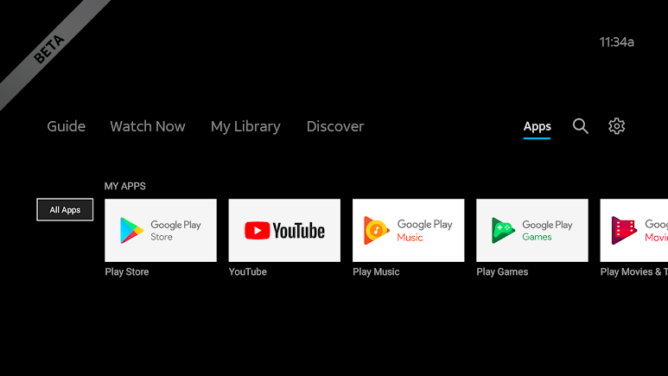 Customers are being asked to test the box for about six months, so we could see a full release in spring of next year.