Chrome OS version 72 is rolling out the developer channel right now, and with comes support for Android 9 Pie. With the updated runtime, it also means that Android keyboard apps can now be run on a Chromebook, including Gboard.

A couple of our tipsters were able to get it running, with a new section at the bottom of the keyboard settings allowing you to set Gboard as default after prompting you to download it. This is good news since the built-in Chrome OS on-screen keyboard isn't great, although Gboard is apparently very buggy at the moment. 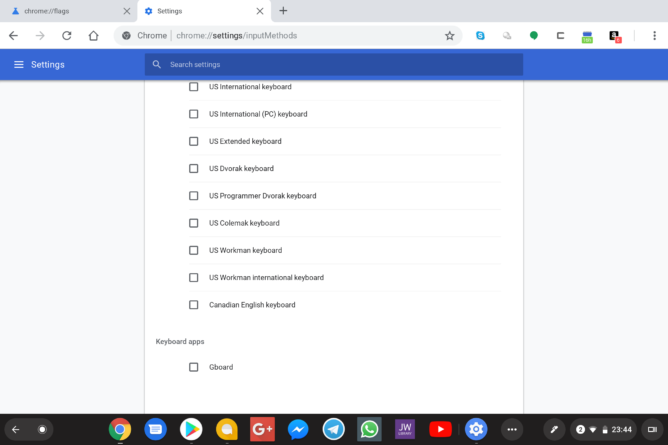 Once the kinks are ironed out as this functionality prepares for beta and then stable, it should make the typing experience much better for tablets running Chrome OS, like the HP Chromebook X2 that XDA Developers tried it out on. They had to enable the #arc-input-method flag to get it working, so you may have to do that too if you want to give it a go. We're not sure if other keyboards in the Play Store will also work like this yet, but they should in theory.