Google has pushed several updates to Wear OS in the last few months, making the case that it hasn't completely give up on wearables after all. Wear OS now looks nicer, has better navigation, and makes it easier to check your notifications. Google has a few more changes to deploy, and they're coming your way in the oddly named "H" update.

Google was kind enough to provide a full changelog for this update, which you can see below.

Improved Off Body Efficiency:
After 30 minutes of inactivity your watch will go into deep sleep mode to conserve battery.

Smart App Resume for all Apps:
You can now easily pick up where you left off across all apps on your watch.

So, this update seems largely aimed at improving power efficiency and features. Your watch should use less power if you take it off, and the new power-off process makes it easier to shut down when you know you won't need it for a while. Smart App Resume is an intriguing feature as well. Currently, Wear apps don't retain their state when you leave them. That will change in the H update.

We’ve been working on updates to help you get more time out of your #WearOSbyGoogle watch. See what’s rolling out: https://t.co/eAw5qTGPMh pic.twitter.com/KWkjOvIvpg

We have no idea why Google is calling this the H update—it doesn't seem to have used G, F, or any other letter in Wear OS versions. Unlike some previous updates, this one is not coming via the Wear OS app. It's a real system OTA that might not reach your watch for several months.

In case you were curious, u/HStark_666 on Reddit confirmed that the H update is based on Android 9 Pie. The security patch level is from November 5th, but that could vary from watch to watch. 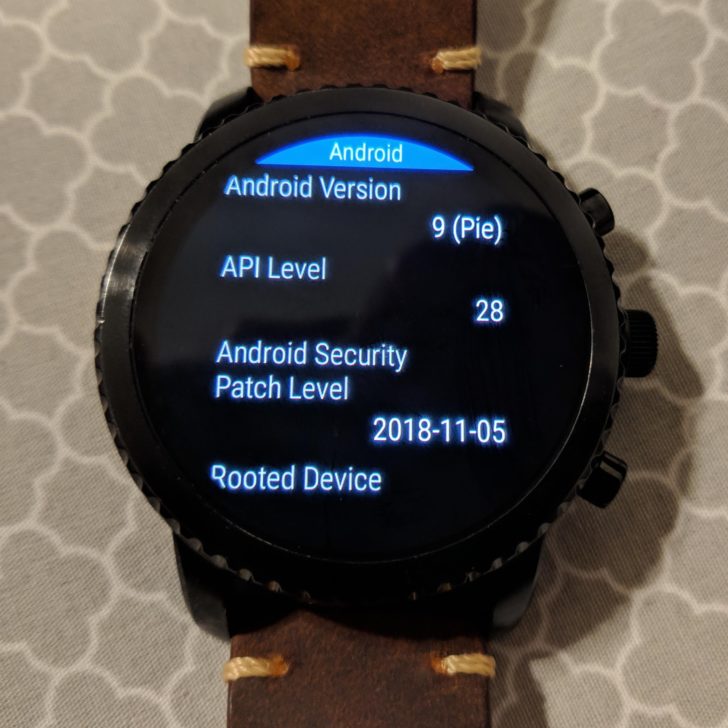 [Update: Maybe not] Tasker to lose SMS and phone call functionality because of Google security ...

Anki's Cozmo, Vector, and Overdrive toy robots are 30-43% off for today only