There are (apparently) people who want to use the same number on multiple phones. In that case, you could (but should not) get the Verizon Palm Phone. For those who want it the other way around, the new My Numbers service from Verizon lets you add more numbers to a single phone, but it'll cost you more money.

Just download the My Numbers app from the Play Store to get started. By adding another number, you could have a personal and business line on a single phone. Verizon actually lets you have up to four numbers on a device, but each one costs you an extra $15 per month. Yeah, it's a bit steep, but you probably have a good reason for wanting more than one number via your carrier.

Each line in My Numbers comes with unlimited calls and SMS, and you can sync the call and message records across up to five different phones. My Numbers supports individual control of the numbers as well. So, you could have a business line that's only active during business hours and then goes to voicemail. Verizon also supports porting these virtual numbers to another carrier. 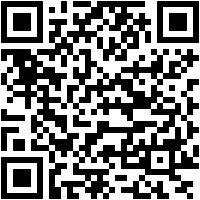 Pictures of 'Pixel 3 Lite' emerge, with headphone jack - is this the budget Pixel of our dreams?