It has been seven years since Mojang released Minecraft on Android. There used to be a demo on the Play Store back in the early Pocket Edition days, but it was removed in 2013. Well, that's all in the past now. Mojang recently added a new demo listing to the Play Store, and it's called Minecraft Trial. It's a soft-launch title, so it isn't available in the US just yet, but if the reviews are anything to go by, then it's clearly available in a few other regions. 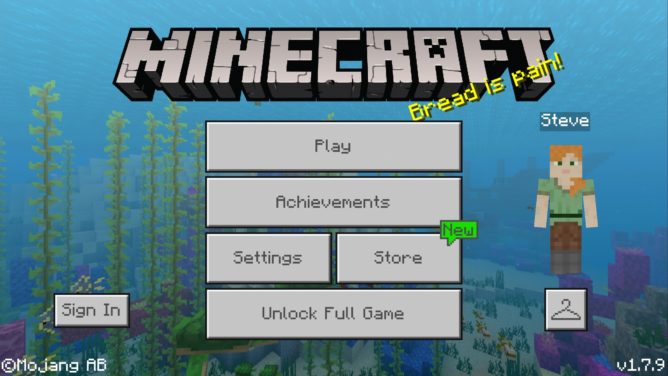 The Java version of Minecraft for PC has had a free demo since 2012, and even the newer multi-platform Bedrock edition has had a demo for the Windows 10 app since 2017. And while Android used to have a Minecraft demo, the new trial version means users can once again take the game for a spin without putting any money down, but there are a couple of catches. The first is that this is a soft-launch title, so only a few regions will have access. Another limitation is that there's a time limit to the trial, and you'll only have access to the survival mode since everything else is locked down. Still, this release serves as a solid entry point for those unfamiliar with the game.

I'm not entirely sure why it has taken Mojang so long to release a new demo for Android, but some of the current Play Store reviews may hint at why so few devs ever bother. There are more than a couple of users asking for the game to go completely free now that they've had a taste, which is more than a common occurrence for paid mobile apps. I'm sure it's difficult for devs to make everybody happy, and self-indulgent reviews hardly outweigh the amount of exposure a trial version will provide. So good on Mojang for finally providing us with a new demo, I'm sure there are plenty of people out there who will appreciate the release.