An update to the Messages app (formerly Android Messages) has begun making the rounds, and unlike so many other updates lately, this one has a few standout changes after installation. There are a handful of smaller UI tweaks floating around, but a more significant change has been made to the camera interface for taking quick snapshots. There's also a new button in the messaging interface that will get you to the camera even faster. 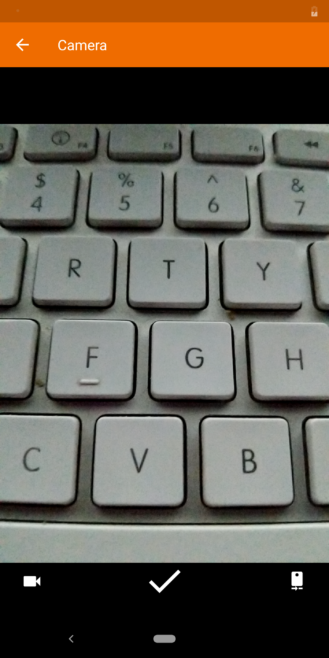 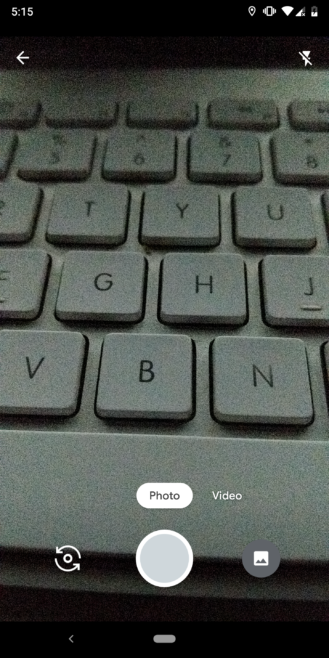 The camera interface in Messages has gone through a few upgrades, both cosmetically and functionally. Previous versions used a big title bar at the top and a black bar across the bottom with a checkmark button for taking a photo, a video camera to the left for switching to video mode, and a button to the right for flipping between the front and rear camera.

In the latest update, the title bar and black bar are gone, allowing us to see a bit more in the viewfinder. The buttons have been reskinned and reorganized so that the shutter button now looks the same as one in the Google Camera app, the Photo/Video toggle has been replaced by the Camera app's pill-shaped slider just above the shutter button, and the camera switcher has traded sides and also adopted a standard icon. Two new buttons were added: a shortcut to the gallery is located on the right side, and a button to turn on the LED flash is now stationed at the top right. 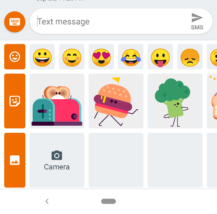 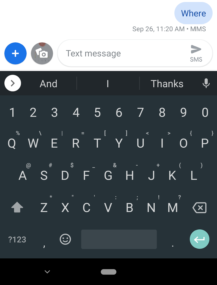 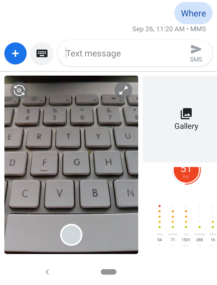 Speaking of the camera, a new shortcut is appearing for many people after installation. Instead of tapping the + button and picking the camera from the scrollable list, you might now see a button appearing that will open an inline camera view with recently shot pictures to the right of it. You can shoot a picture directly from this mode or tap the expansion button at the top right to launch the full camera view.

I tend to think this makes a ton of sense because the two most common things people send in Messages are either pictures and emoji (and stickers). You can already get emoji and stickers from many keyboards, and now you can quickly tap a button to reach your camera and recent photos.

One oddity is that the new button isn't appearing on every phone for me. I'm not sure what the criteria are, but it's only appearing on my original Pixel and Pixel 3, but not the Pixel 2. It could be random, or it might somehow be tied to carrier, different versions of other installed software, or something else entirely. 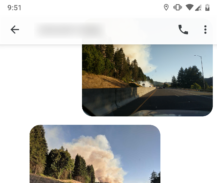 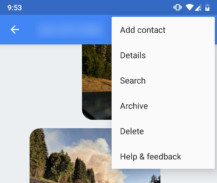 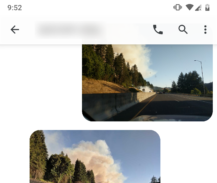 One thing that may be appearing on some devices is a search button in the conversation view. This isn't new functionality, as there has been a search feature in the overflow menu for a long time, but it does make search more visible and accessible with a single tap.

Much like the camera button in the previous section, I have seen this on two out of three phones (but not in the same grouping), which suggests it's either being tested randomly or there may be limited to certain screen sizes or configurations. 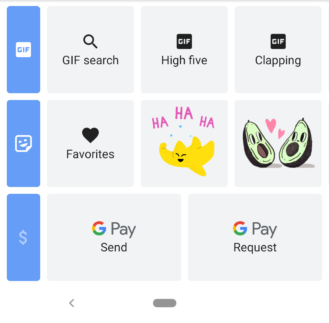 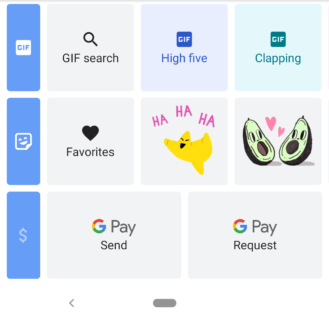 I won't point out all of them, but there are a few interesting little tweaks to UI elements, like the one above where the GIF categories are now tinted in different colors.