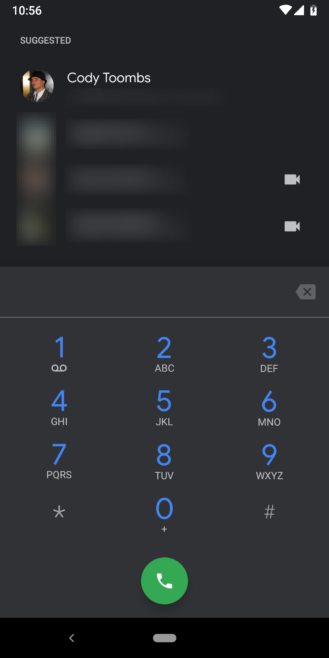 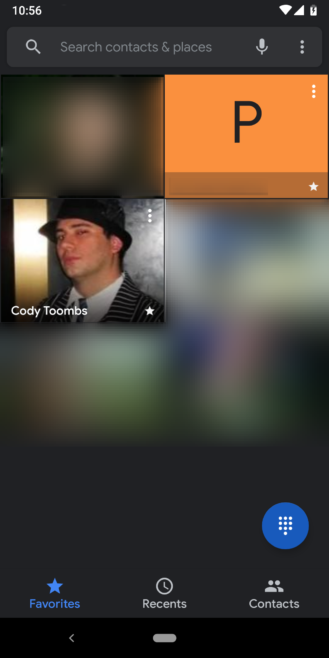 If you've been watching our previous posts, and especially if you've taken the steps to enable the dark theme for yourself, you already know what it looks like. Nothing has really changed since we took a look at it in v25. Sadly, the Favorites tab is still sporting the rectangular photos, which we know will eventually turn into circles. 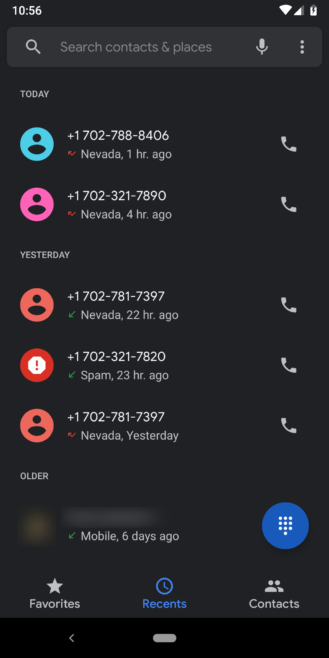 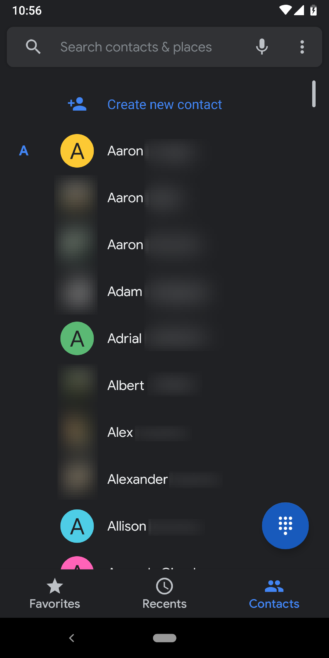 I'm not worried about those number above, they're all spam. 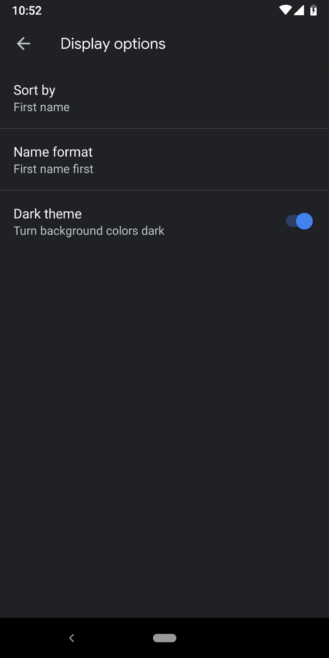 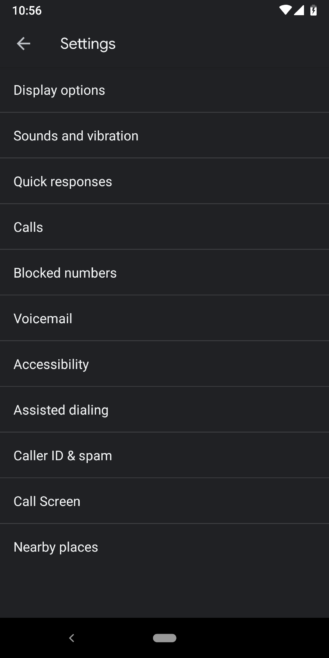 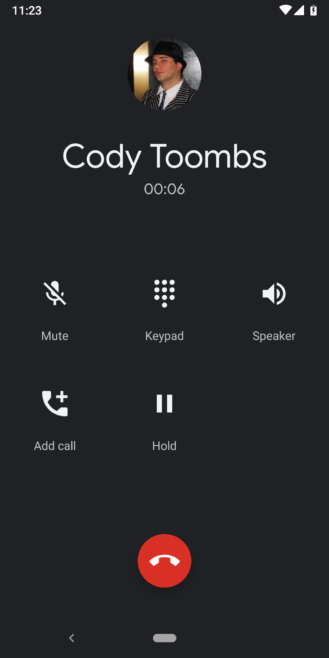 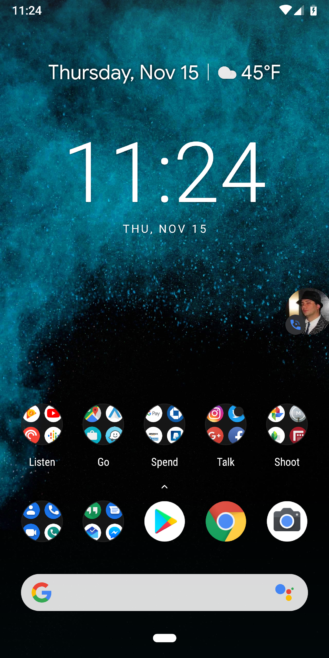 If you want to enable the dark theme, just go into Settings -> Display Options and toggle on the Dark Theme switch. You can say goodbye to seared retinas and lowered battery life.

While it pales in comparison to the dark theme, there are some bits and pieces for a new call log screen. Judging from the text that's here, there aren't any appreciable differences yet, which would mean this is just a simple reimplementation to clean up the code, or the new bits haven't emerged yet. Perhaps the only notable thing is that video calls via Duo are labeled distinctly from those coming from your carrier.