Turns out that Google's new Night Sight mode for Pixels, formally released just earlier today, has some non-night utility. In a bit of a twist, you can use it in the daytime as well for "denoising and resolution improvements" inherited from another Google Camera feature: Super Res Zoom. The results demonstrated look pretty good, so long as you're willing to hold your Pixel steady. 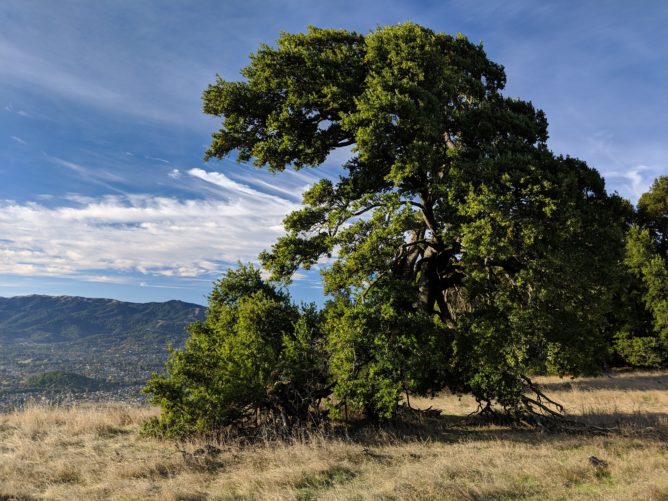 Photo by Florian Kainz, via Google.

The info comes courtesy of a caption attached to a promotional gallery of Night Sight snapshots put together by Google. Although most of the images are taken at night or in challenging lighting conditions, there's a single daytime shot in the gallery (pictured above), with a curious caption:

by Florian Kainz, Googler. If you use Night Sight during the day, and are willing to hold still after shutter press, you'll get the denoising and resolution improvements of Super Res Zoom, as shown in this landscape shot in Marin County, California.

Given the sun has set, I can't test the daytime improvements for myself, but the results advertised in the gallery do seem significantly sharper and less noisy in the darker parts of the image than I'd expect on a close crop. Individual leaves, distant buildings, and blades of dry grass stand out with greater contrast, and the shade of the tree is dark but free of noise, no matter how close I look.

If they only cost is a steady hand, I bet Night Sight ends up with plenty of daytime users. Maybe the mode might even need a new name.