When a company has the reputation that Facebook has, it's unsurprising that it will want to point to anything positive it does when the opportunity arises. Today, the company has announced that its fundraising tools have been responsible for more the $1 billion making its way to various charitable causes.

Let's be clear, this isn't due to Facebook's own fundraising efforts, and none of that money has come out of its own coffers. What it's referring to are tools that were introduced back in 2015 such as Facebook Fundraisers and Donate Buttons that allow for charitable donations to be made directly through the social network.

One billion dollars in 3 years is not a number to be sniffed at, though, with examples given including $7.5 million going to Save the Children, $30 million to St Jude, and more than 27,000 donations to the International Rescue Committee. 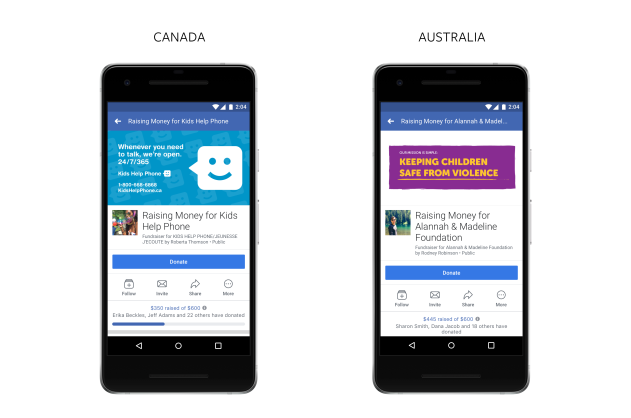 Facebook also says it's expanding its tools to Canada and Australia, which will mean 100,000 more charities can get on board — 20 countries are now covered. Together with the PayPal Giving Fund, Facebook will also be matching the $7 million donated to US non-profits on Giving Tuesday. If we must have a Facebook, it's at least better to have a Facebook that is capable of doing some good of this kind.