Moment originally launched with a Kickstarter campaign back in 2014, featuring a pair of lenses and a stick-on mounting plate. But these days, Moment cases and lenses have become some of the top accessories for those aiming to get a stylish look on their phones and more control over their photos. Today, Moment is launching a newly updated 58mm Tele lens designed to work with the latest smartphones, including those with dual-camera configurations. 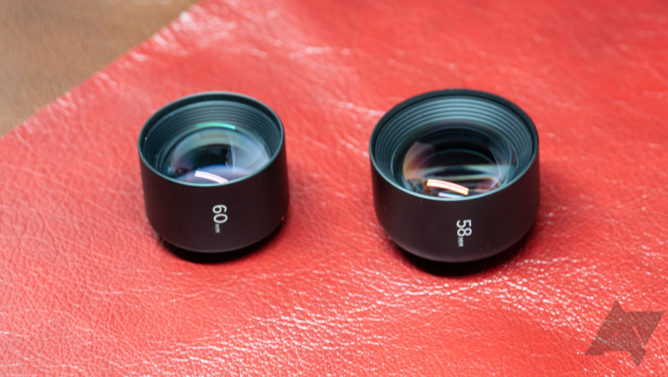 The new 58mm Tele lens is a ground-up redesign of the previous 60mm Tele. It's larger to accommodate modern smartphones which often have wider lenses built-in. This means you shouldn't get any of the vignetting that has been known to occur with the earlier model when it was paired with some newer phones.

The Tele lens effectively doubles the focal length of your smartphone camera, so it will give you 2x when positioned over your regular camera, and for dual camera phones like the Galaxy S9 or iPhone X, it will give 4x magnification when using their built-in telephoto lenses. Note that the default camera apps on some phones don't allow for selecting which rear camera to use, so you may need to use the Moment Camera app or another app that allows manual control. For an example, here are two shots taken from the same position, the one on the left is taken with the 58mm Tele lens, the one on the right is taken without. (Forgive the mediocrity of the photos, there wasn't much light to work with.) 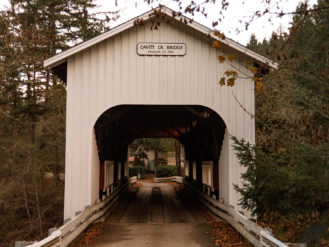 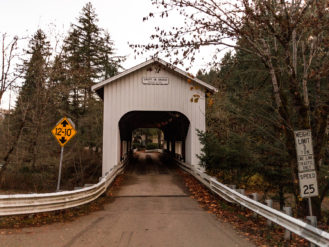 Like all of Moment's lenses, the 58mm Tele is designed to bring smartphones a little closer to the capabilities of a DSLR. There's a low flare and anti-reflection coating on the glass to clean up stray light, and the optical array is structured to give a sharper image from edge to edge. Bokeh is also smoother and more pronounced through the lens, and since it's increasing the focal length, it's easier to get the portrait look without relying on software alone.

Also, for those that have purchased (or will) the Moment Filter Mount, it's worth noting that the 58mm Tele lens is the same size as the new Wide lens, so they will use the same adapter ring. I had a little time to try out the Tele lens for myself with the Pixel 3. Unfortunately, weather conditions weren't on my side, so don't blame Moment's lens for some of the poor lighting in the outdoor shots. I'll be adding more soon.

In the meantime, I can say the shots from the new Tele lens look cleaner than those from the earlier 60mm Tele lens, and there's zero sign of vignetting in the corners. The new model weighs slightly more, but you wouldn't be able to tell if you weren't holding them side-by-side. If there are any questions, I'll try to answer them in the comments.

To celebrate the launch of the new 58mm Tele lens, Moment is offering 20% off until Friday through Moment's online store. That knocks $20 off the regular price, bringing the lens down to just $79.99. Their older model is also currently discounted to $69.99. And don't forget to pick up a Moment case if you haven't already, otherwise you'll have nowhere to mount the lens.

Photo notes: All photos taken for this post were shot in RAW and adjusted for color and watermarked. Shots of the lens were also cropped for layout purposes. No other edits were made to shots with the lens.