Samsung debuted DeX last year to make your phone behave a bit more like a computer when plugged into a monitor. This year, DeX functionality has improved so you don't need to expensive custom dock, just a video cable. At Samsung's developer conference last week, it announced DeX would also get full Linux support. It's only officially available to those in the beta program, but we've got the APK.

To use Linux on DeX, you'll need an updated Samsung device that supports DeX. Currently, only the Note 9 and Tab S4 work with the beta. Install the Linux on DeX app to get started. This is just a few megabytes because it's not a full Linux distro (you'll download that later).

Booting into DeX isn't any different—that's still just a modified Android UI. However, you can open the Linux on DeX app to download a system image. Samsung has partnered with Ubuntu to make downloads readily available on your device, but you can also grab the 3.6GB image on your PC and transfer it over. When you want to access Linux tools, just launch Ubuntu from the Linux on DeX app. it has a full desktop, a terminal, and an assortment of built-in tools. To clarify: We've tested this successfully on a Tab S4. The screen below was captured on that tablet in Linux. 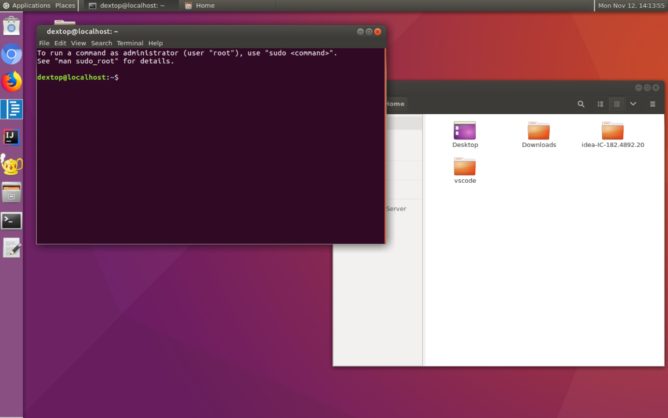 This is a developer-focused feature, which shouldn't come as a surprise. It's Linux, after all. It's also a beta, so don't be surprised if things are a little broken. Grab the installer from APK Mirror, and sign up for the beta if you want.