Teslagrad was announced for Android back in September. At the time it was only available on the Play Store for pre-registration, and a release date was unknown. As of today the indie 2D Metroidvania is available for purchase. You can snag a copy right now for $4.89, which is a 30% discount off the planned retail price.

If you are unfamiliar with Teslagrad, then let me fill you in. It is a fantastic indie Metroidvania game filled with plenty of puzzles and platforming. The hand-drawn art is gorgeous, and the steampunk story is enthralling, and it's all pulled off without any voicework or a single line of text. I find this allows you to focus on the gameplay instead of dealing with interruptions that can take you out of the fun.

Since this is a 2D platformer, many may be wondering how it controls on a touchscreen. I've spent over a week playing this on my GS8+, and I have to say they work pretty good, though there is a learning curve, and accuracy does take a hit. Still, they'll work well enough to get you through the entire game. Climbing quickly and accurately jumping from a standstill prove to be the most troubling areas for the controls, though it definitely gets better once you have spent some time learning their intricacies.

One of the big draws, of course, is that this is indeed a premium release. The game is available at a single price point, and there are no advertisements or in-app purchases to muddy up the experience. Better yet, physical controllers are supported out of the box. I had no trouble using my trusty Logitech F310 connected over USB OTG, which proved to be a more familiar experience over using the touchscreen controls. The Shield TV is also listed as supported, though I've admittedly had trouble installing the game over the web-based Play Store. For now, I'll chalk that up to a release day issue.

I know mobile gaming doesn't have the greatest reputation, and this last week especially hasn't been the best when it comes to quality games. EA is emptying wallets as much as possible with its new FIFA season, Ingress received a UI update that has angered fans, and of course Diablo Immortal had everyone twisted into knots over the weekend. But there is some light at the end of the tunnel. Teslagrad is a great port that can be played however you prefer, all without the regular distractions usually associated with mobile games. If you are a fan of Metroidvania titles or are merely looking for a quality puzzle-platformer, make sure to pick this up while it's still on sale. 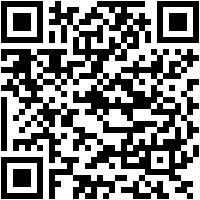 Forge your way into the mysterious Tesla Tower!
Teslagrad is now buzzing on all mobile devices

Get it now at a special 30% off launch price for a limited time!

Teslagrad is a 2D puzzle platformer built around electromagnetic elements. In this hand-drawn adventure, you play as a young boy armed with the knowledge of the forgotten Teslamancers. With this ancient technology, you can bend magnetism to your will to unravel the secrets of the abandoned Tesla Tower, former home of a sect of technological wizards destroyed by the ruthless king of Elektropia.

First available on PC and console with 1.6 million copies sold, Teslagrad is now available as a true mobile adaptation, with a brand new version including new controls, a revamped interface and 11 languages available. The game is supported by all devices with iOS 10.0 and Android 5.0 or higher, and over 1GB Ram.

One time payment to download (Absolutely NO ads and NO in-app purchase)
Support MFI and external controllers
Optimized for NVIDIA SHIELD and Android TV
Haptic and FPS unlock otpions
Get Teslagrad on the App Store: Click here